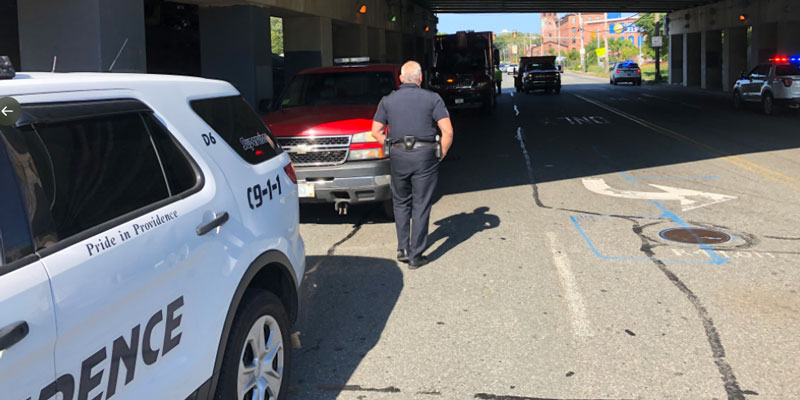 Clearing homeless encampments on busy roads is the minimal backstop against progressive deterioration.

In an all-too-familiar sequence of events, progressives made social media noise to shame a politician with whom they disagreed — in this case, Providence City Councilman Nicholas Narducci, who helped the city clean up a homeless encampment under a Rt. 146 overpass — and the news media jumped right in to tow their line, framing it as something that had to be “defended.”  Neither WPRI nor the Providence Journal, for example, bothered to talk to any neighbors or investigate the effect the encampment might be having on the neighborhood.

Far-left, anti-cop Councilwoman Kat Kerwin took to Twitter to calling the move “heartless” and to ask, “Who is being hurt by people being there?”  That’s a good question for mainstream journalists.  Wonder why they didn’t try to answer it.

This performance is meant to keep the progressive stone rolling downhill.  It works something like this:

For an area that’s trending progressive, the only question is where people can muster the fortitude to stop it, and frankly, this sort of homeless encampment is a stark and important threshold.  You can’t have people living in such place in such a way.  You just can’t.

To be sure, simply clearing them out when they pop up only pauses and moves the problem elsewhere, without helping the people who’ve fallen into those progressive holes, and the action is therefore insufficient, but it’s fundamental backstop.  What’s needed is to start pushing that stone back up the hill  Of course, progressives will shriek even louder as the society solves the problems of the people progressives are professing to care about, but it’s the only way.