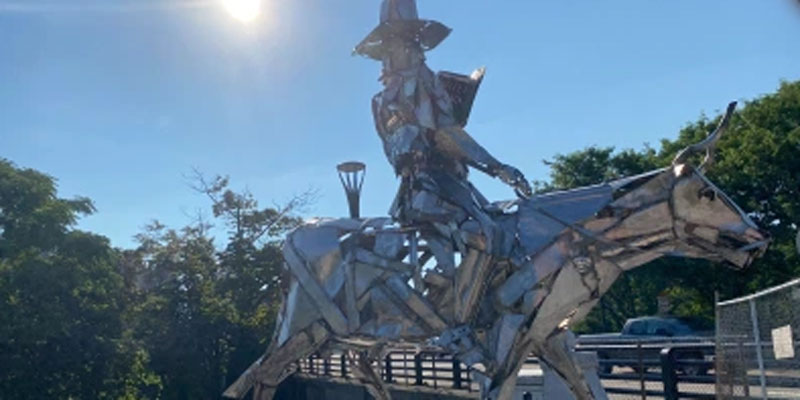 Don’t bother looking on your calendar as you attempt to interpret this headline on an Eli Sherman article on WPRI:

By “Indigenous Peoples Day,” WPRI means Columbus Day.  It’s just that radicals looking to divide our nation have been insisting we change the name of the holiday, as Sherman sort of explains in the fifth paragraph:

Indigenous Peoples Day celebrates the original inhabitants of North America, and it’s observed instead of Columbus Day be [sic] some people in communities across the country.

It’s important to emphasize that this is being offered as a replacement, not a shared supplement that would invite us all to celebrate the continent’s earlier arrivals.  This article represents a major, mainstream news organization facilitating the Balkanization of our country.

Note to the editors:  The United States celebrates Columbus Day.  That can and may change, but it hasn’t.  These are government-created holidays, not religious observances with which it would be appropriate to say “some people” observe different ones.  (And why isn’t that “some Americans,” by the way?)

With this sleight of hand, Sherman and WPRI help to paper over the progressives’ intention.  Why would they protest a statue of Blackstone on Columbus Day?  Because they oppose the very settlement of this country by people of European descent.  An article from August about the statue made that clear.  Every familiar colonialist name is indistinguishable from Hitler to these activists, no matter how much or little we know about their actual activities.

Indeed, that is the underlying meaning behind “observance” of Indigenous Peoples Day.  Division, rejection, and replacement.  Yet, WPRI glosses over this step toward civil war and persecution.

If our society were clear headed, these days, that would shock us.

OK, let’s face it FDR offered Columbus Day as a sop to Italian Americans. Still we are used to it. I would not be troubled by a separate Indigenous Peoples Day. As I have surely mentioned, I am from a Southern Family. At least one statue of an ancestor has been torn down (In the 50’s Disney had a weekly series featuring him “The Gray Ghost”. Unfortunately a gregarious Confederate was judged inimical with the times and the show cancelled) In any case, I am coming to feel that war has been declared on my heritage.

I think that’s exactly to the point. Very few people would mind an Indigenous People’s Day. (Of course, the woke scolds would dramatically limit its appeal by getting offended whenever anybody celebrated it by acting the part or otherwise behaving as if we can all unironically appreciate each other’s cultures.) I also don’t think most Italians would be incensed if a day they’ve come to consider their own were somehow transitioned off Columbus.

The whole point, as far as I can see, is that this isn’t an attempt to be more inclusive, but to flip what’s included. That is, war has been declared on our heritage.

I found a episode of the Gray Ghost on the ‘net. Just listen to the opening and wonder if it would fly today. Watch | Facebook