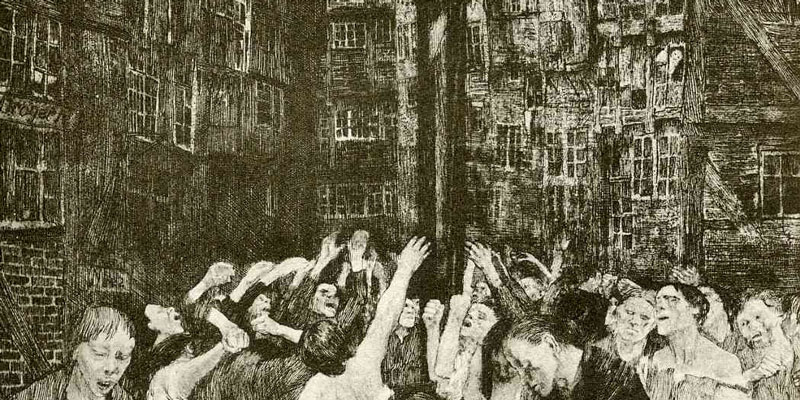 URI is helping a powerful celebrity destroy the life of one of its students.

It’s never an easy call to side with people on principled grounds when you vehemently disagree with something mind-blowingly stupid and offensive they’ve done or said, especially in an environment prone to witch hunts and cancellations.  But that’s the sort of thing principled people have to do in a free society.

So, I have no choice but to argue that we should be very concerned about the turn indicated by this statement from the University of Rhode Island’s freshly-arrived-from-overseas president Marc Parlange:

The University learned today of an offensive, unacceptable and racist comment posted to social media earlier today, allegedly by one of our students. This language is abhorrent and has no place in a community that is deeply committed to anti-racism.

Given the significance of this issue, the University has taken immediate action and referred the matter to the University student conduct process for review.

According to NBC Boston, the statement is a response to an incident in which some guy, who happens to be a graduate student at URI, sent a vicious message using the n-word to one of the Miami Dolphins’ defensive linemen, Emmanuel Ogbah.  Perhaps he was a disgruntled fan, or perhaps he had just lost a bunch of money dabbling in the Ocean State’s government-run sports-gambling racket.

Whatever the case, Parlange’s characterization that the message was “posted to social media… by one of our students” is inaccurate in an important way:  The message was sent via private direct message over Instagram.  This error, while perhaps technical, distorts important context.  It’s one thing to discipline somebody for public comments; it’s another to discipline him or her for comments made privately.

Applying reasoning skills that I learned in part at URI back in the pre-woke days of the Twentieth Century, the more significant context relates to the participants.

The only reason anybody is aware of this objectionable private message is that the recipient — a $7.5-million-per-year celebrity — knew he held the power to destroy the sender’s life, and he exercised that power.  Do some searching of comments, and you’ll see that everybody knows this to be the case, to the point that some are criticizing others who are joining in the exercise for not being careful enough and targeting people who happen to have the same name as the sender.

In the eyes of URI President Marc Parlange, being “anti-racist” apparently means participating in a powerful man’s destruction of a less-powerful person among the students under his own authority, based on the private utterance of a forbidden word.

My use of the word, “authority,” took some consideration, and I settled on it owing to my aversion to the tendency to handle men and women in their 20s as children.  I thought at first to use “under his own wing,” because that is how our society has long looked at college.  (One thinks of the complaints of students involved in the infamous beratement of Yale Professor Nicholas Christakis in 2016.)

For my entire life and, as far as I can tell, that of my parents, too, college was supposed to be a place not only to learn subject matter, but also to experiment with and learn about life.  To be provocative.  To take some risks.  To make some mistakes.

Everybody can learn from each other when that’s permitted.  Imagine the magnificent discussions that could be held across the campus, really interrogating the incident and the assumptions of all perspectives about the details and the principles.  Naturally, you’d also have to imagine that it’s possible that adherents to the “anti-racist” zeitgeist might have something not quite correct in their philosophy and approach.

URI may no longer be a place where that sort of analysis and discussion is possible.  Instead, we find that Marc Parlange has brought existential truth along with him from Australia, and it will be proclaimed!

Students and families should factor this deterioration of cultural confidence and institutional maturity into their own decisions.  “Immediate action” and the faceless “University student conduct process” are fearsome specters you and your children should seek to avoid, even if that means pursuing education somewhere other than the Kingston campus.

The phrasing of justice at URI is frightening. – Anchor Rising