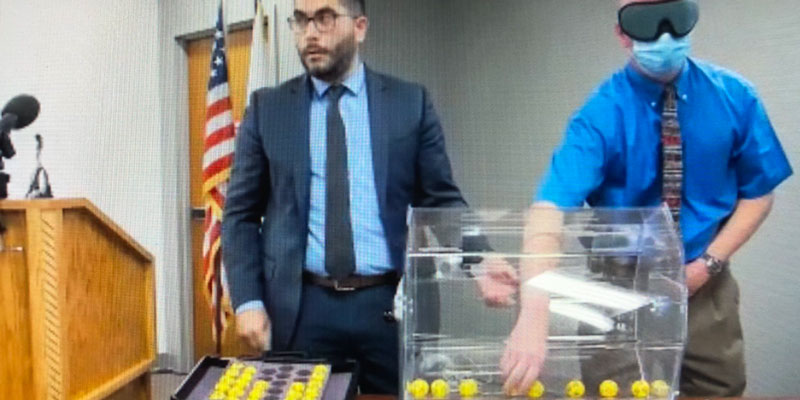 The state’s selection of marijuana dispensaries was more representative than many appreciate.

Anchor Rising cofounder Andrew Morse retweeted the photo from ABC6’s Doreen Scanlon that I’ve used as the featured image of this post with the following commentary:

Literally and figuratively: How big decisions are made by Rhode Island government.

This is the sort of observation a conservative makes when seeing a campy lottery-style method for giving out extremely lucrative contracts to act as the government’s storefront when it legalizes an illicit industry in order to make a buck.  Namely:  we don’t care (or have the competence) to evaluate various proposals in order to maximize the chances of success, balance social policy with budgetary concerns, or (as if it matters) benefit taxpayers, so we’ll just randomly choose from among the people who paid the scamtacular $10,000 up-front fee; at least that way we won’t be tempted to follow former Fall River Mayor Jasiel Correia to prison.

Andrew’s dead-on observation is that this is simply Rhode Island’s characteristic style of governance amped up to the 2020s degree.

Note, by way of contrast, the tweeted reaction of progressive podcaster Bill Bartholomew (whose career is proving the market viability of giving Rhode Island insiders exactly what they want) to the same scene:

That is a lot of white folx. What happened to using cannabis deregulation and opportunity as a corrective measure? Legalize it, please, and create an infrastructure for competition and equity.

To lay it out succinctly, conservative Andrew put a spotlight on the fundamental corruption of the way Rhode Island government does business, while progressive Bill indicated that the fundamental sin is a failure to reflect progressive shibboleths about equity.  Bartholomew gives himself some wiggle room, with his prescription to “legalize it” and allow “competition,” but he leaves ambiguous whether he’d be fine with a process that did neither but ensured that the outcomes conformed to his vision of “equity.”  What if the state had put a thumb on the scale to ensure that there weren’t only “white folx” in the lottery drawing?  Would BB be fine with the fundamental corruption then?  We can’t say.  (But we can guess.)

Joining the two reactions to this unseemly scene, one can’t help but find that Andrew was more right than he intended.  For progressives, the ridiculous spectacle of the state’s choosing multi-million-dollar bids with lottery balls would be fine if it were prefaced with the ridiculous spectacle of a bouncer allowing entrance to the room based on skin color.  Exactly this measurement of special interests’ strength is what makes the drawing emblematic.

government can either pick winners and losers, or blindly allocate. we find fault with both dont we

Or it can decline to artificially limit the supply so drastically that it has to do either.

But I’d contest your contention. Forced to select a handful of vendors, for whatever reason, a trustworthy government could choose the best match by objective criteria. I give our government credit for recognizing that it isn’t trustworthy, at least.