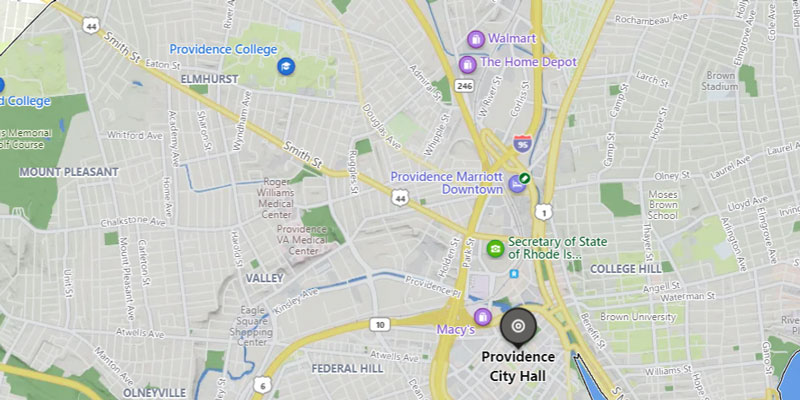 Something is strange about the latest Providence College attack news.

Unfortunately, the unusual thing about the latest off-campus attack of a Providence College student is not the attack itself.  Here’s what happened, as reported by Sarah Doiron and Matt Paddock for WPRI:

The Minnesota native’s father, Anthony, who asked that his daughter not be identified out of concern for her safety, said she was walking home from a school-sponsored event last Friday night when she was jumped by two females. …

Anthony said the suspects destroyed his daughter’s phone before pinning her down and slamming her head into the ground.

What’s unusual is that it takes the father, with his clear Midwestern eye, to bring up city authorities:  “Why haven’t there been any arrests in these assaults?”  All the journalists manage to add is:  “police confirmed they are investigating the incident.”

That’s it?  No questions about what the police are doing to prevent this trend from continuing or getting worse?  It’s as if the local news media is too afraid of landing on the wrong side of the defund-the-police faction (or too much in sympathy with it) to imply that police should be doing more, particularly when doing more would mean taking the side of putatively privileged college students.

Even more peculiar is a specific name that does not appear in the article:  Jorge Elorza… you know, the mayor of the city in which violence is escalating.  The impression one gets is that he simply doesn’t matter now that he’s declared he’s no longer in the race for governor.  What made him newsworthy was not that he is the chief executive of the state’s capital, whose successes and failures in office affect millions of people.  No, all that matters is his role in the horse race of politics.

Maybe he could still matter if his actions advanced or impeded the political causes near and dear to the progressive media’s hearts, but those causes cut in opposition to simply making the city function for the people who live, work, and learn there.

The strangeness of the story, then, is that it exposes just how dysfunctional our entire civil society is — so dysfunctional, in fact, that anybody whose ideas and competence could help improve things would, for that reason, find it extremely difficult to attract any notice at all… at least any positive notice.

What troubles me is that no cause for the attack is mentioned. I assume there is a reason for everything, even when not apparent to the uninitiated; for instance, the “knock out game”.

The article says the girls broke her phone and hit her head on the ground, which doesn’t sound like the knock-out game. Somebody on campus has suggested to me there are more attacks than make the news (at least a couple), with only the ones against females being reported. It seems like run-of-the-mill assaults in a community that has been telling young adults that they are protected by victim status.

I didn’t mean to suggest it was the “knock out Game”. Just used that as an example of an assault which might seem inexplicable to a casual observer unaware of the “Game”