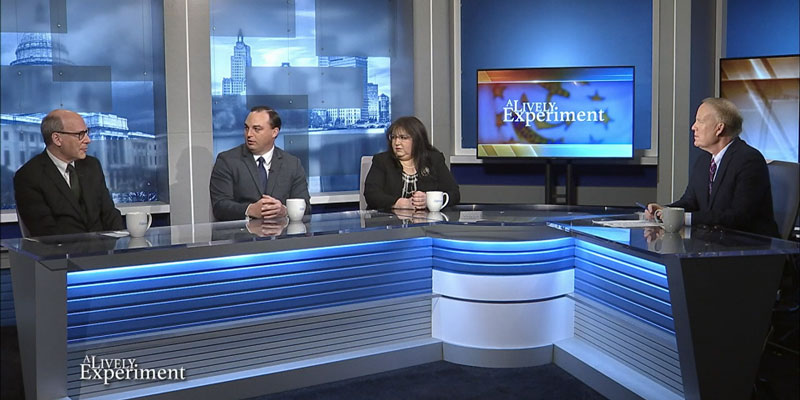 Walsh gives away the game for the local media and his union.

Walsh’s offending claim was that Nicole Solas shouldn’t call herself a “stay-at-home mom” when she’s “in a different community at a different school committee meeting screaming at the top of [her] lungs about things that aren’t happening.”  Writes Sanzi (emphasis added):

The most charitable interpretation is that Walsh was using hyperbole to make a point, but the simple truth is that he lied. He wasn’t asked to provide an example or cite specific instances, which is too bad since he would not have been unable to come up with one. Turns out he is the one talking about “things that aren’t happening.”

That’s the not-so-hidden secret of these shows.  They typically aren’t structured to foster debate or inform the public.  One or other of the insiders who appears on them would therefore risk looking bad and avoid the shows and their hosts.  Rather, each participant is there to play a role and offer the talking points for the group he or she ostensibly represents.

Everything is like this in Rhode Island’s political sphere.  With few exceptions, business advocacy groups, for example, aren’t in their positions actually to figure out what business owners want and need and then advocate for them.  They’re the establishment’s chosen representatives to speak for businesses and convey the establishment’s wishes back to their members.

The labor unions are very similar.  Oh, the organizers will claim they’re small-d democratic institutions in which all members get a vote, but the notion that teachers, construction workers, nurses, government office workers, and others really want their labor unions to be the driving force of Rhode Island’s radical progressive movement has to be proven, because it seems unlikely on its face (to say the least).

One certainly suspects Rhode Island’s teachers, the majority of whom are women, don’t feel represented by a wealthy man who goes on television to insist that stay-at-home moms lose their identity unless they keep their mouths shut.

The reality is that most teachers in Rhode Island public schools still don’t know that they’re free to leave the union with absolutely no loss of contractual rights or protections.  The unions lie to them about this.  Unions also propagandize them with fear about what their profession would look like absent Bob Walsh’s advocacy.

So, they continue to accept an arrangement that subordinates them to a group of aggressive ideologues (who are mostly wealthy men, by the way).  Naturally, the establishment, including the local news media, is just fine with that arrangement.

RI unions have gotten away with implied intimidation for too long. – Anchor Rising

[…] The first commenter on Jacobson’s post, Andy, puts his finger on an important point: “How is the fact that they are also trying to get her kicked off twitter NOT evidence in this case?”  Add into the mix the union’s director diminishing her status as a stay-at-home mom on television. […]