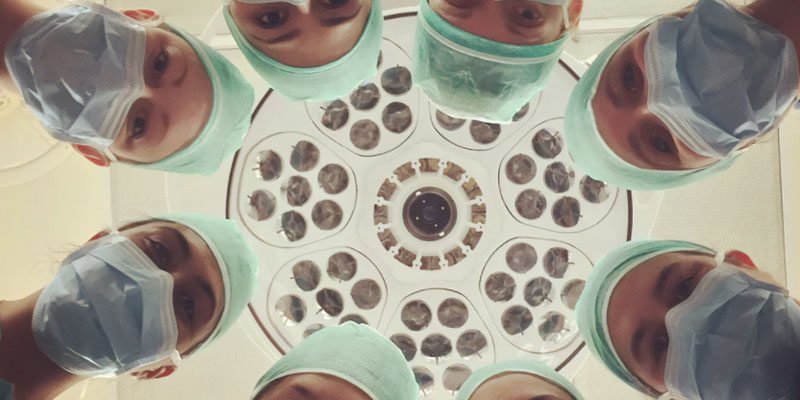 RI’s COVID experience should inoculate us against socialism.

The headlines of doom are coming!

The crisis has led to long wait times and inconsistent standards of care: “rationing resources, unable to provide privacy, and certainly unable to provide any COVID-19 isolation precautions,” [Dr. Nadine Himelfarb, the president of the Rhode Island chapter of the American College of Emergency Physicians,] wrote. It doesn’t happen all the time, but hospitals now are unable to consistently provide the level of care people are accustomed to in 21st century America.

“Imagine patients dying while waiting to be seen by a doctor who is 50 feet away and, because of lack of staff and thus capacity, simply unable to treat them,” Himelfarb wrote. “This is a true tragedy that is currently unfolding for citizens of Rhode Island.”

Take the lesson, Rhode Island.  This is life under socialism.

Progressives will scoff that our system cannot be characterized as socialism, but all their work and emotional manipulation has ensured that it contains more than a healthy serving of that deadly ideology.  We’re getting a taste, and we should learn from it… quickly.

Such lessons won’t be easy, of course, not the least because the people reporting on the circumstances are invested in redirecting attention away from the big-government causes of our woes.  Himelfarb comes close to the matter in paragraph 10 of Amaral’s article:

The state could also provide subsidies for health care worker salaries to get them to come to Rhode Island; loosen licensing and credentialing criteria and let professionals work here if they’re licensed in another state; and provide protection from legal liability when they’re working in these sorts of “disaster conditions.”

The State of Rhode Island, which is sitting on some billion dollars of COVID relief money, could allocate funds to draw nurses to the occupation in Rhode Island, easing regulations for that purpose.  The state could develop systems to triage Rhode Islanders away from emergency rooms for non-emergencies.  But there isn’t even talk of such things.

This is socialism.  Solving the problem doesn’t serve any of the goals of people in power, so they won’t solve it.  With a system in which people can direct resources where they can address their concerns, that’s where attention and money would automatically go.  With a system in which a small group makes decisions, it matters less what the population is actually concerned about than what the rulers are concerned about, and from their perspective, a general sense of crisis is helpful.  It means more resources and power will be given to them as the people who are supposed to solve problems!

Not only do money and power increase for them, but the blame for failure is easy to evade.  Consider Mark Patinkin’s profile of a Rhode Island Hospital doctor charged with determining which patients can enter his intensive care unit (ICU).  The essay does not once mention the state government or the mountain of cash currently at its fingertips for the benefit of Rhode Islanders.  Patinkin doesn’t talk about $3,000 bonuses to state workers whether or not they are vaccinated.  He doesn’t mention the political wrangling to distribute the federal windfall to special interests.  If you want to know who’s to blame in his presentation, look here:

The MICU, which Ward calls the Swiss Army Knife of ICUs, is responsible for Rhode Island Hospital’s sickest COVID patients. He’ll tell you virtually all right now are unvaccinated. And because of who is avoiding the shots, most are younger than a year ago.

This is how the process works in a socialist system.  From the perspective of the insiders, if everybody would just get vaccinated, then the government wouldn’t have to spend resources to manage their expression of autonomy and civil rights, and those resources could instead spread grease throughout the corrupt system in which they slither.  The money is their money for the benefit of their community, not your money to manage your community.

When government is appointed to solve a problem, its most efficient route isn’t to take the population as it is and manage the complexities, but to assert that the problem is you and plan for elimination.

Featured image by the National Cancer Institute on Unsplash.