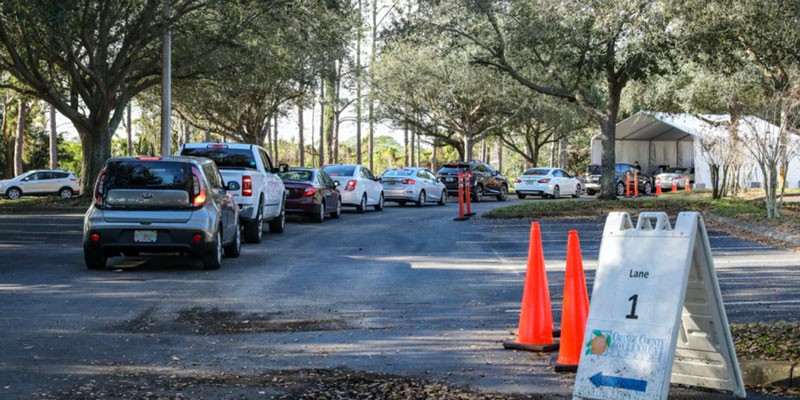 In a wide-ranging discussion loosely related to Internet narratives, Frank Rose and EconTalk host Russ Roberts touch on how immersive stories can draw us into activities outside their delivery — whether buying action figures, chatting with Broadway actors by the stage door, or digging into the history of non-fiction characters.  As I set out to write a post on a couple things related to COVID after listening to this podcast, something clicked:  COVID is an immersive cultural phenomenon.

We’re living the story, and that’s partly why we’re so divided and irreconcilable.  We’re rooting for different sides in the drama, so to speak.  Some people are on Team Security, and others are on Team Freedom.

Approaching my computer, just now, I’d intended to share Athena Thorne’s PJ Media article about how the rush to be COVID tested is creating nationwide problems for people who have compelling reasons to find out their infection status:

The combination of unfettered fear with the establishment push to get tested because “it’s the right thing to do” has created a nightmare scenario for people who have a legitimate need for the diagnostic procedure, as testing center lines grow. And grow. And grow. …

My intended point was (speaking of EconTalk), that this is evidence for the proposition that “price gouging” is good.  As Thorne notes, “Maybe this policy of offering free testing willy-nilly to whomever wants it isn’t the wisest policy.”  Price imposes a choice as to whether something is worthwhile.  If there isn’t enough testing capacity, then imposing a cost will ensure that (for the most part) some of it is reserved for those who really need it, as demonstrated by their willingness to pay.  Depending how scarce the good is, the “gouge” could even be nominal, just so long as there’s some requirement to make an exchange.

What nobody ever considers, however, is the cost of time.  From the Team Freedom perspective, one might wonder why it is acceptable for government to tell people that they must spend time doing something, but everybody would rebel into outrage if the government were telling them they had to spend money.  Do people really believe their time has such little value?

Some explanation may be found if we think of COVID as a cultural phenomenon.  Going to stand in line for a test is participation in the pandemic experience.  The waiters are fully immersed in the story.  If they’re motivated by the “right thing to do” message, then long lines prove that the people waiting in them care about the world.  They derive value from the wait.  Such folks might even feel disappointed if a test or vaccination experience were too “in and out.”

This framing may also help explain why authorities seem to be skating by with so little accountability and so much ability to shift the narrative.  Just today, I encountered the following in an Associated Press explainer about why vaccinated people have been getting COVID:

People might mistakenly think the COVID-19 vaccines will completely block infection, but the shots are mainly designed to prevent severe illness, says Louis Mansky, a virus researcher at the University of Minnesota.

Well… no.  That’s not what we were told the vaccines were “designed” to do.  It turned out to be what they do, and that has tremendous value, but the idea that vaccines should only be expected to take the edge off an illness is an entirely new narrative that appeared in recent months.

If we were all looking at COVID as a challenge that public health authorities had the job of managing, we might be incensed and worried as we see them conveniently adjusting the narrative to cover their lack of control.  But if they’re more like the narrators of season 3 of The Coronavirus, viewers will accept some necessary adjustments, just as they accepted a close-enough Dumbledore when the first actor died before finishing the Harry Potter franchise.