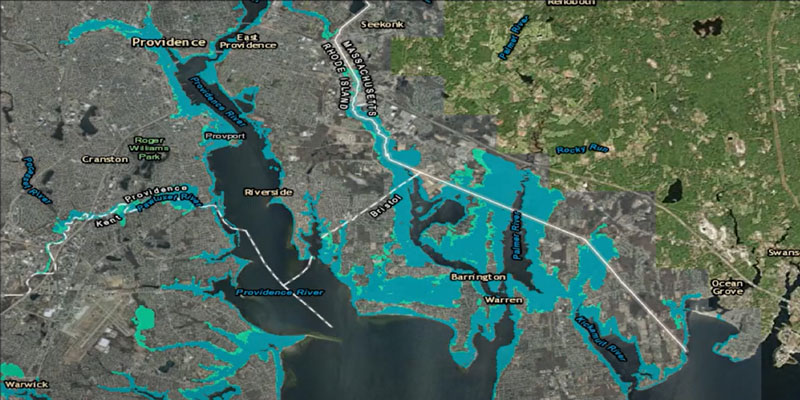 Aren’t there any standards for checking a politician’s environmental claims?

As a follow-up to Tolly Taylor’s sea-level scare addressed in this space yesterday, WPRI handed editorial control over Democrat Senator from Rhode Island Sheldon Whitehouse, whom the reporter permits to claim without context that Rhode Island will see nine to 12 feet of sea level rise by the end of this century.

Seriously, don’t the managers over at WPRI feel as if they have any responsibility to ensure their airwaves are used to inform Rhode Islanders, rather than propagandize them?  Maybe the Target 12 news team should do an investigation into whether Whitehouse has any financial interests in promoting a carbon tax campaign that has him envisioning the construction of dikes to hold back the flood.

Taylor makes zero attempt to contextualize Whitehouse’s claim in even the most basic way, with no outside experts needed for substantiation.  All one has to do is spend 10 minutes tracing the claim back to its source:

One could say, therefore, that Senator Whitehouse is an “extremist,” because he claims that the tippety top of the highest projection for which researchers (who are potentially motivated by funding and politics) can find any basis whatsoever is what “our Coastal Resources Management Council now predicts.”  And one of Rhode Islanders’ major sources of news simply passes that along.

Frankly, this is malpractice, and the organization is getting to the point of fraud in claiming that it is news.

Target 12’s online title for this article is, “RI homeowners already suffering due to sea-level rise, Sen. Whitehouse says.”  The casual skimmer of headlines might think this is an environmental claim, but it’s actually financial:

Whitehouse said when banks across the state consider a new 30-year mortgage, for instance, they’re starting to take into account what the property may look like at the end of that period. And for some houses, especially those along the coast, Rhode Island’s STORMTOOLS website shows many properties may be underwater.

Perhaps some enterprising lawyer should start a file of such clippings.  If intentionally (or, at least, recklessly) misleading claims by the Senator Whitehouse and WPRI are leading banks to impose unreasonable costs on Rhode Islanders, perhaps they should be held liable.

WHY would anyone with even, only, 1/2 a brain turn anything over to Seldom-Not-Too-Brighthouse if they were seeking anything close to an intelligent reply