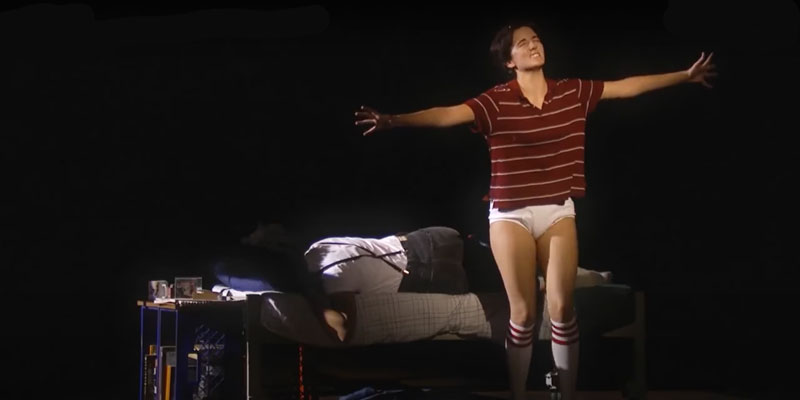 These days, it’s surprising to see an article, by Abigail Judson in the Valley Breeze, that doesn’t make Pawtucket father Brendon Hall out to be a suspicious villain for objecting to inappropriate material in his daughter’s freshman classroom.  The graphic novel at the center of the controversy (now a Broadway musical!) is Fun Home, which features content and images that would have, until the day before yesterday, been broadly understood to be pornographic and absolutely out of bounds for use in classes for minors.

“To my shock and my surprise, the contents of the book were horrifying,” Hall said. “It included illustrations of nude women having sex, full-frontal male nudity, topless underage girls, and an adult man enticing underage boys (with) alcohol for sex.”

Hall said he brought the contents of the play and the situation to the attention of the principal and School Committee Member Joanne Bonollo.

“I was very happy that it was immediately removed from the classroom, but I feel as though that is not even enough. The fact that it was even allowed to make its way into a classroom to me is baffling, and what kind of teacher would give that to their students to inevitably perform a play, and what would that play look like if someone had not intervened?” Hall said. “I think it’s absolutely unacceptable and disgusting and I think further action should be taken so that this does not happen again and to protect the innocence of our children.”

That Hall hasn’t been subjected to the usual abuse suggests the radicals have realized how far out on a limb they actually are, at this point.  So, they’re returning to the mode of pulling back from controversy.

Along those lines, as much as I work to keep up with happenings in Rhode Island, I only learned about the incident from Nicole Solas on Twitter.  Rather than capitalizing on controversy for viewership, which used to be the assumption and complaint against them, the news media are trying to keep this sort of thing quiet for the time being so people return to not noticing the radical change.

Is the General Assembly setting up schools to groom children for pedophiles? – Anchor Rising

[…] sexual pleasure.  In this light, controversy over pedophiliac content in books like Lawn Boy and Fun Home takes on its full significance and amplifies the importance of defining the term in the […]