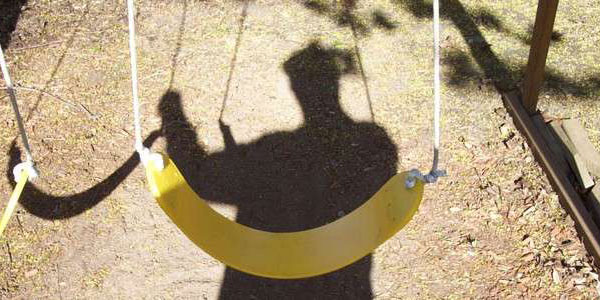 Is the General Assembly setting up schools to groom children for pedophiles?

The question of my subject line seems like clickbait-style exaggeration, but I can only wish it were.

Legislation up for a hearing today, as Nicole Solas warned yesterday, would require “health and family life courses” in Rhode Island schools to “affirmatively recognize pleasure based sexual relations.”  As somebody who’s read scores of bills that set off all sorts of warning sirens, what I notice most of all is that this term is not defined.

Although it looks like a legal term or professional standard, it’s not defined in the law.  We’re on dangerous ground when legislators start mandating that schools teach something without telling the schools what lawmakers think they’re actually requiring.  A quick Internet search comes up surprisingly light in results, suggesting that the advocates pushing this particular content really don’t want the public to know what they intend to teach our children.

I emailed the primary sponsor, Democrat Rebecca Kislak (Providence), to see if she’d provide a resource that defines the term.  She hasn’t answered.  I also emailed the secondary sponsor, Democrat Susan Donovan (Bristol, Portsmouth).  She also did not respond to the email.  She did, however, leave this comment on a related Facebook post by Providence teacher Ramona Bessinger:

I signed on to updating our 6th-12th grade health curriculum to reflect the vocabulary our students are exposed to. It hasn’t been revised since 1999. Teachers need guidance. A lot has changed in 23 years-marriage equality, acceptance of sexual orientation, families with two moms or dads, the word transgender needs to be defined etc. Kids ask these questions and teachers need to be equipped with the appropriate answers. You object to the definition of “sex” as a pleasure-based activity. Please tell me if you think 6-12th graders don’t know this already?? They learn it on tv from the time they are old enough to watch. How would you define the sexual act? That it’s only for procreating?? How ridiculous. I’m suspicious of anyone who wants to ban books that have been in our schools for generations. These ideas are anti American. What’s next, asking our town library to ban the books also? What happened to free speech? Disclaimer-I taught health for 35 years. I experienced the kinds of information students seek and sought out from experts how to address those needs. Everyone is entitled to an opinion, to be sure, but I would take this post with a grain of salt.

Donovan’s comment is misleading in two ways.  To start with, it’s not quite accurate to say that the legislation “updates our 6th-12th grade health curriculum.”  Actually, it lowers the age at which sex education must be taught.  A separate section of law addresses the “health curriculum” for grades one through twelve.  Currently, the requirement for sex education is for “secondary school,” and although there may be some ambiguity, “secondary school” is typically considered synonymous with “high school,” and it is defined at least in some places as a school that concludes with a high school diploma.  So, the first thing this bill does is to make sure that every school in the state must begin teaching children as young as eleven about sex.

Second, the bill doesn’t simply provide a “definition” of sex as a “pleasure-based activity,” as Donovan insists.  Rather, the bill demands that schools “affirmatively recognize pleasure based sexual relations.”  So, again, what does that mean?  Well, simply parsing the words, it means that lessons must actively approve of relationships that are based purely on sexual pleasure.  One might think that’s intended as a distinction from opposite-sex relationships, which can be procreative, so as to include same-sex relationships, but the bill separately requires affirmation of those relationships.  So, what’s left for relationships that are only about providing sexual pleasure?  I bet some creepy adults have an idea for an answer.

But let’s put the more inflammatory assumptions aside for a moment.  Although the search results are sparse, it’s clear that “pleasure-based sex education” is a topic of discussion out there among activists.  What does it mean?

An article on the website of Planned Parenthood — which is certainly part of the team when it comes to the education establishment and teachers unions — such sex ed “emphasizes that sexual activity should be pleasure-focused.”  I italicized “should be” because it shows the underlying intent of the term.  “It normalizes the idea of giving and receiving pleasure” as the central purpose of sex and, indeed “not just in sexual activity, but in relationships as a whole.”

If you’re not “on the team,” this content gets very disturbing very quickly.  The article goes on to explain that “the best place to start talking about sex-positive sex education is to talk about what feels good.”  For example:

For younger students, a good activity is having them list the things they do that feel good, like taking a bubble bath or playing in the park with their dog.  By focusing the conversation on normal pleasure-seeking, you begin to normalize seeking pleasure in sexual relationships. We also get children and teens used to seeking people and activities that bring them joy and fulfillment!

Yes, that paragraph does do what you think it does.  It encourages teachers to reference bubble baths and playing with pets as a precursor to sexual “pleasure-seeking” and “people and activities” that can give them pleasure.  This is grooming.

The inflammatory assumptions can’t help but return to the conversation.  Nothing in the language from Planned Parenthood or H7166 would rule out children having relationships with adults that bring each of them sexual pleasure.  In this light, controversy over pedophiliac content in books like Lawn Boy and Fun Home takes on its full significance and amplifies the importance of defining the term in the bill.

As I wrote this, Representative Donovan responded to me on Bessinger’s Facebook page telling me that if I want a definition of the term, I should “email Senator Mack.”  That would be Democrat State Senator Tiara Mack, who is “unapologetically… queer,” a term which should probably be defined more clearly, too, and who tweeted this morning that “Teaching comprehensive, queer inclusive, pleasure based sex ed was a highlight of my time teaching.”  It appears that she’s referencing volunteer work teaching “comprehensive sex ed” as part of her Ivy League education at Brown, before becoming an activist for Planned Parenthood.

So, we come full circle.  A sponsor of this legislation refers me to a state senator who is an activist for Planned Parenthood, which organization promotes lessons about playing with the family dog as a precursor to sexual pleasure… and which, let’s not forget, makes a fortune killing the unborn babies conceived through “pleasure based sexual relations.”

These legislators are either deeply, deeply sick, pathologically ideological, or criminally negligent in their duties as elected representatives.  There really isn’t another possibility.

Absurd!!?? Just when I think they can’t fall any farther in the pit…

[…] and in testimony, enough people spoke out against legislation that would mandate the sexual grooming of school children that legislators clearly felt the heat.  To my experience, they often sign onto these bills with […]

[…] instance, defending his support for the child-grooming bill, Democrat Representative Brandon Potter (Cranston), asserts that about one-quarter of youth […]

Representative Caldwell and Senator Mack are lying to their colleagues and to Rhode Island about sex ed. – Anchor Rising

[…] cat from the comfort of her home to ask Democrat Senator Tiara Mack (Providence) a question about “pleasure-based sex education” legislation, of which Mack is obviously a key […]

The pizza assignment is an unlabeled example of “pleasure-based sex ed.” – Anchor Rising

[…] lessons relatable is an important technique.  We have to be wary of a fine line, however.  As I noted the other day, part of the “pleasure-based sex ed” that progressives want to inject […]

Once you go deplorable, you’ll find us all adorable. – Anchor Rising

Once you go deplorable, you’ll find us quite adorable. – Anchor Rising