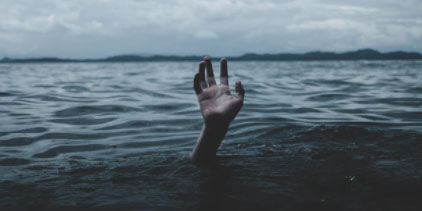 We’re on a dangerous path with Whoopi Goldberg’s suspension.

She slipped up and exposed the direction of the narrative before all of the necessary special interests were pinned down.  Wokism, intersectionality, anti-racism, proclamations about “white supremacy”… in all of these variations on the theme, whiteness is bad, whiteness is everywhere, and racism only goes one way.  People of European descent are white; Jews are white; even Orientals can be white in some circumstances.

So, we come to Whoopi Goldberg’s comment that “the Holocaust isn’t about race.”  Did it target “Jews and Gypsies,” as another host of The View, Ana Navarro, said?  Well, responded Goldberg, “these are two groups of white people.”

We’re living in confused times.  Goldberg’s comment exposes the absurdity of an ideology that insists white people have no race and therefore can never be victims of racism, while non-white people can never be racist.  We’ve heard this said a million times.  Hereabouts, we can also explain the backlash:  Universalizing the Holocaust as about “man’s inhumanity to man,” in Goldberg’s words, makes it impossible to follow important threads that have run through millennia of human history.

On the other hand, another thing that makes it impossible to follow the threads of history, up to and including current events, is making such topics impossible to talk about candidly.  Collectively, we need people to feel free to test out ideas openly before they become settled internally or insinuate themselves throughout our institutions in coded or academic language.

This requires balance.  On one hand, we should want people to speak openly; on the other hand, the adverse reaction must be observable.  But correction doesn’t have to be done with outrage or punishment.  Let Goldberg give voice to her thoughts.  Let Navarro respond.  Eventually, they’ll grope their way to the obvious logical next step, which is to say that old-blooded Germans are just more white than Jews and Gypsies on the intersectional scale.  That step will bring us closer the inevitable end point at which society manufactures a minority to persecute (those of whom nobody is whiter than), but it also brings us closer to the logical contradictions.

The key in these matters is to get there quickly, before we’ve covered over too many layers of our common sense.  Hoping that the Whoopis of our society will learn from this episode that nobody can win the cancellation war is an incredible risk; more likely, they’ll learn not to speak up too confidently about anything, which plays into the hands of the social deconstructionists.

Above all, we cannot erase the status of independent adults for a momentary advantage in the ideological tug-of-war.  Watching the notion of punitive suspensions make the leap from the playground of social media to an institution like ABC is terrifying.  If ABC no longer wishes to be associated with Whoopi Goldberg, that would be foolish, but it would be principled.  If ABC upholds Goldberg’s right to err, then it should stand by her.

We suspend students because they’re young and not yet fully accountable; we suspend athletes as an extension of penalties in a game; we suspend professionals during the course of an investigation.  A punitive suspension in this case is shocking in the degree to which it exposes our cultural blindness to what words and actions truly signify.  In a sense, ABC is denying Goldberg’s adulthood and human agency in an act that is uncomfortably close to a statement of ownership.

Rather than a mutually assured destruction of cancellations wherein the only test is of raw power, let’s step back from the edge and encourage people to speak, and then to change their minds.

Featured image by Ian on Unsplash.