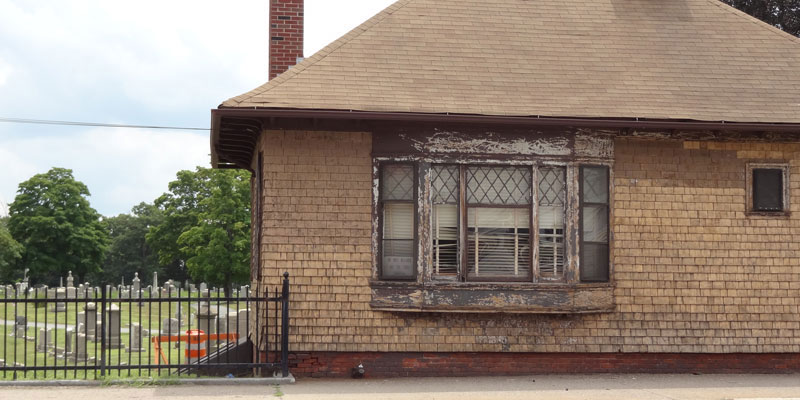 How can anybody upset with discriminatory housing oppose total school choice?

Judy Schwalbach makes that connection explicit in a report on school choice policies and history in Washington, D.C.:

During the 20th century, federally sanctioned housing “redlining” influenced the composition of neighborhoods in large cities across the country, including Washington, D.C. The term “redlining” came from the color-coded maps developed by the Home Owners Loan Corporation (HOLC) (on which mortgage lending under the Federal Housing Administration (FHA) was partly based). The HOLC limited access to federally backed mortgages for home loans in the red-colored and lowest-grade neighborhoods described as “hazardous.”

Although Congress outlawed discriminatory lending policies in the mid-20th century, prior government practices had created geographic concentrations of lower-income families. Coupled with residential assignment of schooling, which is largely maintained by school districts today, many schools remain racially and economically segregated. Unlike many other metropolitan cities throughout the United States, however, Washington, D.C., has effectively overcome the barriers imposed by geographic school boundaries through open enrollment, a robust charter school sector, and a private school scholarship program. States should follow this lead, and, at the same time, take steps to prohibit school districts from drawing attendance zone boundaries within their borders.

When one hears about the history of redlining policies, lately, it’s usually in the service of a “systemic racism” argument.  Basically, overt racism in the past segregated black Americans and deprived them of the twentieth century’s opportunities for the collection of generationally accumulative wealth.

Well, one of the most profound consequences of that development can be found in where and with whom a community’s children are educated.  Eliminating that barrier — that marker of segregation — ought to be a no-brainer for advocates who truly wish for the betterment of minority families.  Whether they take the opportunity to seek out private schools or stay under the public-sector umbrella, the pathway out of failing schools, which they’ll walk with other children who will acculturate them to the practices and expectations of families that were not subjected to that historical racism, will broaden, even as it forces the schools they are leaving to improve and better demonstrate their value.

The advocates, themselves, may not have thought through the reasons that their suite of policies have collected together, but in this case, strong candidates step forward as explanations.  The Democrat Party is defined by its preference for a big-government, centralized-decision-making approach, which necessitates resistance to proposals that distribute resources and authority.  Sharpening this bias in education, in particular, is the huge reliance on teachers unions for political donations and activism, which builds a defensive wall against accountability in public schools.  Furthermore, long cultivation of identity politics and a grievance industry has made key figures at the intersection of minority communities and the Democrat Party completely reliant on continuing strife between the races.

Advocates who specifically focus on housing have even more reason to break from these partisan chains.  After all, if a house in a low-income neighborhood nonetheless provides access to high-quality schools anywhere in the state, in or out of the government school system, its value will increase.  Thus, even as the children’s prospect for earning generational wealth increase, their parents’ property will grow in value — probably more rapidly than the market overall, because beginning from a suppressed baseline.

REAL school choice would go a long way to reducing racial divides and improving student performance. In New York, there are a number of charter schools – many of which are located IN THE SAME BUILDING AS THE PUBLIC SCHOOLS. The students are chosen by lottery, not on school performance. The charter school students perform better in every grade and in every subject when compared with the same student cohort who are attending the public schools. The ethnic, financial and familial composition of both groups is the same. One of the charter school groups is called Success Academy. We would learn a lot from them.