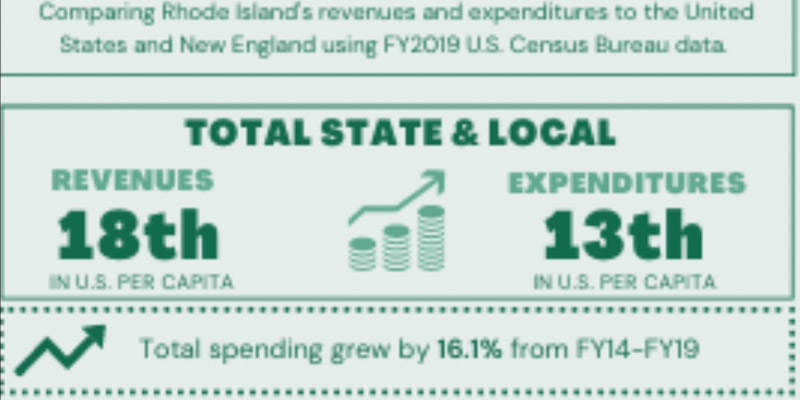 RIPEC’s recommendation to slow spending is based on obvious facts.

Perhaps the key detail to be found in the report and interactive tools that the Rhode Island Public Expenditures Council (RIPEC) just released is to be found at the top of its associated infographic.  As shown in the featured image of this post, although Rhode Island is the 18th state in the country for per capital government revenue, it is 13th for per capita spending.

In short, spending is not the problem in Rhode Island.

Thus, putting aside some nods toward “equity,” RIPEC’s recommendations are generally related:

The exceptions, on which RIPEC wants more spending, are “natural resources and parks and recreation”… just because.  (One suspects the nature of RIPEC’s core constituency plays a role, here.)  The others are higher education and transportation, because Ocean State spending trails the nation in those areas.

Put it all together and the general theme is familiar.  Rhode Island imposes an incredible burden on its people, and its people get a poor return on their investment.  Activists cannot say that taxing and spending is insufficent.  It’s simply not factually true.