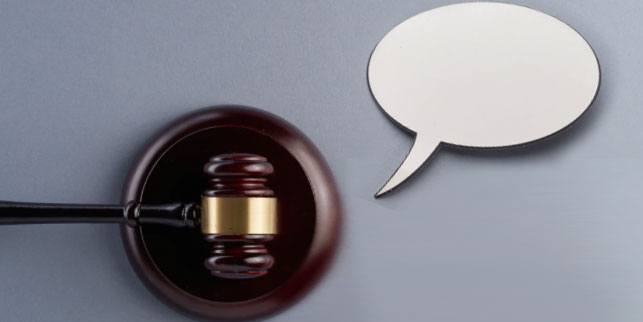 Racking up legal fees is win-win for government officials.

A very interesting article from Tamara Sacharczyk, of WJAR, puts a spotlight on an aspect of the people’s interaction with government that doesn’t get enough attention: lawsuits:

Hundreds of thousands of dollars have been spent defending state agencies in Rhode Island in recent years, and the NBC 10 I-Team uncovered taxpayers are oftentimes picking up the legal fees.

When a state agency is sued, you’d probably assume the attorney general is defending them for free, but we went through dozens of legal cases, non-tort suits, and appeals from 2016 to fall 2021 and learned that’s not always the case.

In fact, the NBC 10 I-Team found $11 million in tax money has been spent on state legal fees in that time frame.

Government officials don’t really face much downside from spending money on lawyers (and stand to reap a cut back around as political donations).  The money doesn’t come out of their pockets, and it’s easy to sell as necessary — even to turn into a weapon with which to hit the people who are bringing the complaints.

Under the worst town solicitor Tiverton has ever had, Michael Marcello, this has become a central operating principle of municipal government.  Because he treats them like corporate clients, meaning his job is not to interpret the law accurately so they might better represent the public’s interests, but to help the individuals who hired him do whatever they want, municipal officials turn to him for thin legal cover to completely ignoring what everybody knows to be the local law under our town charter.  This leaves residents with no option but to go to court, for which he charges copious amounts of money, thus setting up those officials to malign their political opposition for costing taxpayers so much money.

Meanwhile, it isn’t free for those residents to bring the suits.

In the case of Sacharczyk’s article, I think we’re more likely to see government officials malign, for example, the truckers suing over Raimondo’s tolls than anybody in government face consequences for racking up the invoices with legally questionable policies.  To some of us, it seems obvious that, if government officials need intricate legal arguments to determine whether they have the power to do something, they probably shouldn’t do it.

Unfortunately, the political philosophy that has infected our state and local governments is that government should be activist and always pushing its actions farther.