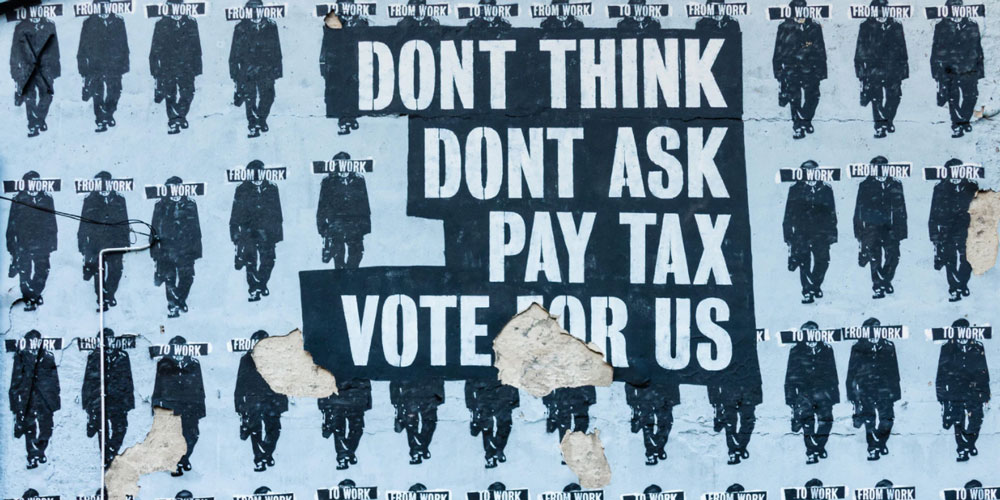 We really should rethink this whole income tax thing.

Socialist Rhode Island state senator Sam Bell (Democrat, Providence) has gotten a good deal of richly deserved negative pushback over truly terrible legislation he submitted in the state General Assembly (which is not to say that some of the correspondence he’s received hasn’t gone too far).  As the cosigners on Bell’s legislation back away from the heat, we shouldn’t lose track of just how close our government is to using the income tax for explicitly punitive reasons.

It ought to terrify Americans across the political spectrum that elected officials didn’t laugh Bell out of the State House over such an assault not only on our bodily integrity, but also on the idea that the income tax shouldn’t be a means of manipulating us financially.

The following paragraphs from a recent ProPublica article by Paul Kiel, titled ” If You’re Getting a W-2, You’re a Sucker,” provides two important threads to tease out along these lines:

This basic divide [between those taxed as workers and those taxed as business owners] is also apparent in how tax laws are enforced. To the IRS, the average worker is an open book, since all their income is disclosed on those W-2s and 1099s. Should they enter an errant number on their tax return, a computer at the agency can easily catch it.

But that’s generally not true for private businesses. Such companies are often tangles of interrelated partnerships that, like densely grown forest, can be hard to penetrate. Auditing businesses like these “certainly is a test of endurance,” said Spretnak, the former IRS agent.

The first, and less significant, thread has to do with the relative advantage of working for one’s self.  Kiel’s headline suggests W-2 employees are on a foolish path, and yet union-backed progressive legislation in Rhode Island is attempting to make it risky for businesses to treat workers more as owners by labeling such practices as “wage theft.”  Without spending paragraphs attempting to reconcile ProPublica with the unions, we can observe that the activists are oversimplifying employment decisions in a way that may very well harm Rhode Islanders and limit our flexibility as the economy evolves.  The unions want Rhode Islanders to be suckers, so that we’ll have no choice but to be their suckers.

The more-important thread, however, emanates from the image of tax agents poring over Americans’ finances, attempting to discover their mysteries and have a complete, open-book picture of everybody’s financial existence.  Is that really what the income tax should be about?

I’d say it’s a rather dramatic downside to the very idea of an income tax.  That one change in the law a little over a century ago completely shifted our relationship with the government, and we should move quickly to learn the lesson and fix the vulnerability.