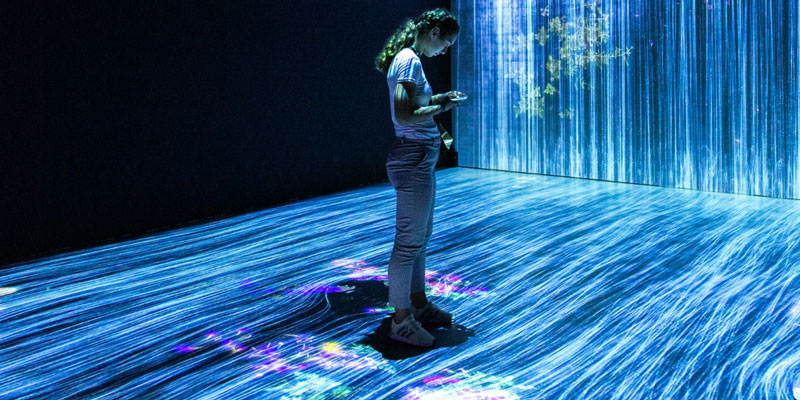 We’re putting aside social media for the summer.

Sometimes the commentary on social media gives one the impression of an alternate reality.

At the highest level, social media is a world of information, which means it can be entirely abstract.  You can say or imagine anything, and the more you live apart from tangible reality, the less what you say and imagine has to conform with anything real.

Sure, at the next level, we’re drawn toward each other, and people don’t want to live in realities in which others won’t join them.  This only means, however, that the crowd must move away from reality more slowly than the individual can.  Over time, the bar of convincing others to move their reality toward your own is not very high, particularly if you’re participating in an ideological project with powerful forces behind you.

To be sure, enough people still prefer to form their opinions about reality based on facts, but for these folks, social media can create information tunnels that downplay facts that might keep them from moving with the crowd while amplifying those that usher them along.  Often, a widely shared delusion serves the same function as a “fact,” whether it has to do with specific claims that a black man was kneeling with his hands up saying “don’t shoot” when police shot him or broader claims about riots, viruses, elections, politics, or the economy.  And again, the more we live in an information virtual reality, the more plausible it becomes for others to construct evidence that falsehoods are actually true.

In the past month or two, particularly as Democrats have revved up their outrage machine to scare up as many votes as possible (no matter the truth or damage to our society) and as progressives have hardened their grip in Rhode Island (with a hapless, desperate “moderate” governor attempting to achieve reelection by jumping from bandwagon to bandwagon), social media has become a fever swamp.  This state of affairs is healthy neither for our community nor for the mental health of those who participate.

At the same time, I’ve been taking a class on information technology, and it’s cast my mind back to the time before — before social media, before blogs, before email, before an easily searchable Internet.  I’ve managed to thrive, to a degree, in the digital world, but at the loss of what perspective, I cannot say.

So, for the summer at least, I’m moving back one step to the time before social media, in order to recall a life of forming ideas away from the constant chatter.  The experiment is not without cost, inasmuch as many people, including long-time readers of Anchor Rising, have fallen out of the habit of visiting websites to see what content may be there, relying instead on their social media streams to waft information past their eyes.  Traffic has taken an instant hit as people who still want what we provide are not reminded that it’s here several times a day.

If you have more fortitude than I do and continue to wade into the waters of Twitter, Facebook, and other streams, please don’t be shy about offering those reminders on our behalf.  Maybe we can start to break newly formed habits.  Not long ago, blogs provided the discourse and sense of human connection, without disconnecting from facts and reality, that social media has turned into an unhealthy drug.  All it takes is participation.

The smart set needs to ponder the value of historical limitations. – Anchor Rising