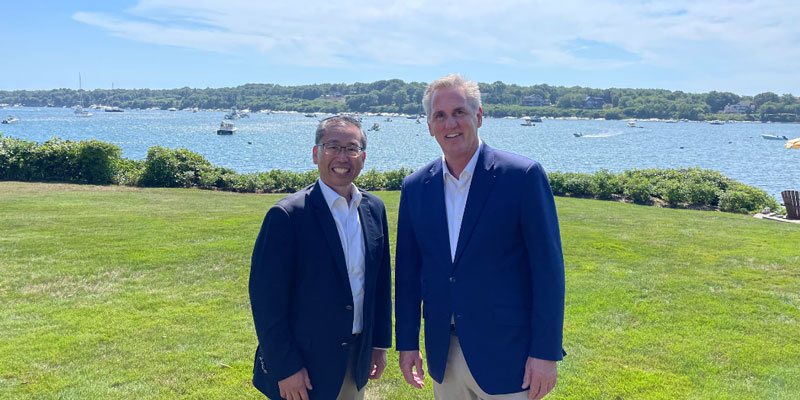 As long as I’ve been paying attention to politics in Rhode Island, mainstream Republicans have given the impression that they are ashamed of their affiliation — that they just found the ruling Democrats to be so off-base and corrupt that they needed a different option, and the GOP was the only viable one.  This isn’t a winning attitude, and it’s only been amplified as its losing streak has compounded.

If your brand is “somewhere else that you can go,” your constituency will be limited to people who are so fed up with their first choice that they can’t take it anymore.  For people who grew up indoctrinated to believe that the Democrat Party is for “the little guy” and must be supported as a matter of good will and tradition, “can’t take it anymore” is an extremely high threshold.  Sure, “the good guys” may have their problems, but they’re trying, and their hearts are in the right place.

Naturally, the Democrats, including their mainstream-media wing, have reinforced their defenses by painting their opposition as unacceptable, as evidenced by the fact that even its supporters have to hide their affiliation.  In the past week, we’ve had an excellent example of this strategy in action.

The single best case for Allan Fung’s Republican campaign to represent Rhode Island in Congress is that the GOP is almost certain to reclaim control of the House in November.  Having Democrat-only representation in the House and Senate does not serve Rhode Island well when control is apt to change hands as regularly as it has been.

So, when Speaker-of-the-House-in-Waiting Kevin McCarthy arrives in Rhode Island to tout Fung’s campaign, that reinforces Fung’s best case.  Yet, mainstream Democrat-journalists like Edward Fitzpatrick of the Boston Globe presented the visit as a liability, giving over around three-quarters of their coverage to Democrats to spin about how much of a risk the visit is to Fung.

Worse, the Fung campaign facilitated this treatment by being conspicuously silent, as represented to perfection with the Globe’s updated headline, now that Fung has offered a statement: “Fung breaks his silence about Kevin McCarthy’s visit to R.I.”  Politicians don’t “break their silence” when they’re proud or enthusiastic about something.

The hook for the media was McCarthy tweeting a picture of his visit, as shown in the featured image of this post.  McCarthy has been touting Fung nationally because his viability as a candidate shows how far into blue territory the red wave may go, this autumn. That excitement should be fostered in Rhode Island, too.

Rhode Island Republicans should harness that excitement to inspire their voters to go out and, while going about their lives, make the case for their beliefs and normalize their party.