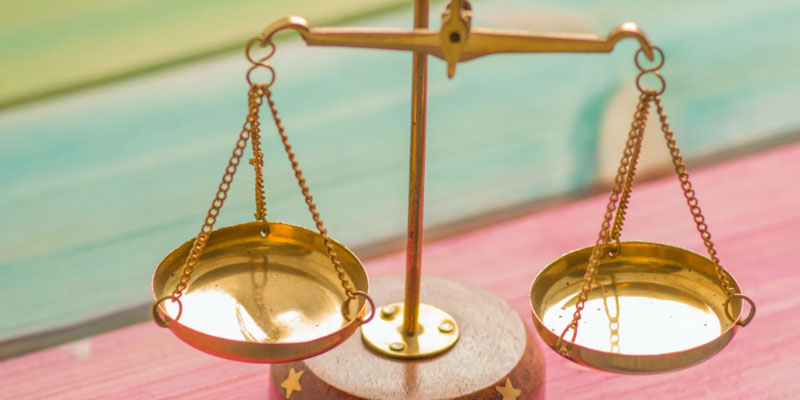 COVID propaganda could be a great communications lesson (but probably won’t be at URI).

Professor Renee Hobbs specializes in media literacy education for the University of Rhode Island Harrington School of Communication and Media.  This tweet of hers therefore struck me as indicative of misplaced focus: 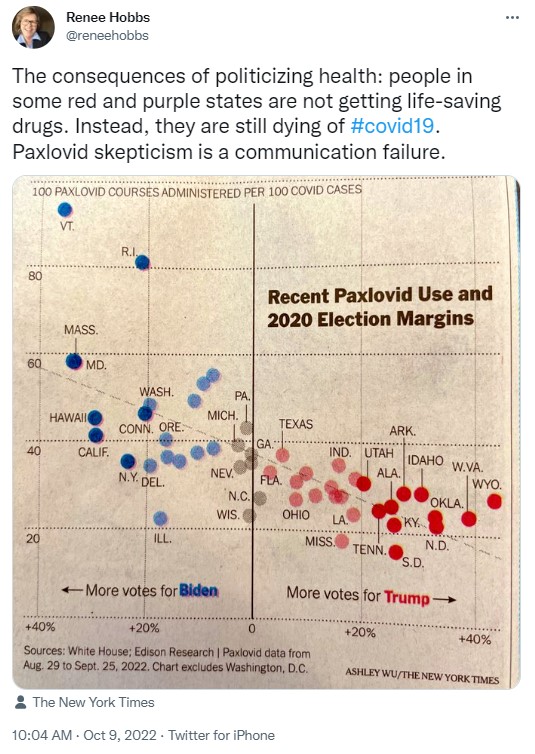 Observing that the source of the chart is the New York Times, for instance, immediately alerts the viewer to its probable bias.  A communication-literate person will also notice that Hobbs insists that “people in red states” are dying because they are not taking Paxlovid.  Maybe that’s true, and maybe it’s not, but the chart offers evidence that is one step removed from her assertion.

Hobbs makes multiple assumptions.  For one thing, she takes it for given that Paxlovid prevents death reliably. For another, she implicitly assumes that the cases are similar across all states.  If, for example, more people in red states have extremely mild COVID while populations in blue states have a worse experience, they might take Paxlovid less and still have better fatality results.  Demographics would make a difference here, too, with older populations skewing the results.

Once we acknowledge these assumptions, another key observation is necessary.  Three states skew the trendline massively: Vermont, Rhode Island, and Massachusetts.   Remove them, and the slope of the trendline at the extremes would drop by 50% or more.  Maybe those three states are just more susceptible to propaganda, without regard to the results.  They’re also very small, geographically, so maybe that played a role.

Or (here’s a Democrat gut-check for you) maybe what we’re observing is bias in distribution.  Vermont, Rhode Island, and Massachusetts are small, extremely Democrat-voting states.  Maybe that affects the relative amount of Paxlovid they’ve got to distribute, or the subsidies to distribute it.  Could the Biden Administration and/or woke pharmaceutical companies be depriving red states of life-saving medicine?  I’m not implying that to be the case, but breaking out of an ideological bubble, it has to be asked.

In summary, this turns out to be a complicated question that would be edifying for college students to explore.  Rhode Islanders and prospective URI communications students would do well to ask themselves whether Professor Hobbs (along with her entire department) is capable of extricating herself from her political and ideological biases to help students benefit by this educational opportunity or (if we acknowledge the difficulty of such objectivity) whether URI cultivates diversity of opinion among professors that provides students counterpoints.

Personally, I expect not, which is why I, as a URI alum and Rhode Island resident, have been happy to steer my children away from the university and would suggest that other Rhode Island parents do the same.