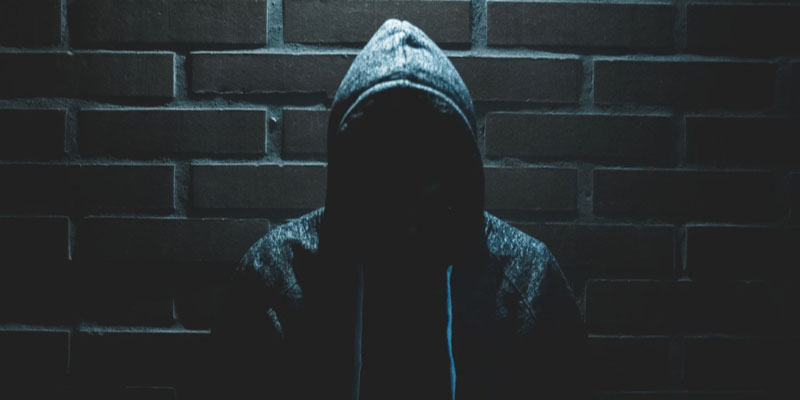 Goyette is a problem for mainstream Democrats.

Or rather, he would be if anybody were reporting on the story.  As Republican state representative Brian Newberry noted a week ago on Twitter, Jordan Goyette’s story is not one that anybody in Rhode Island’s mainstream is keen to cover: 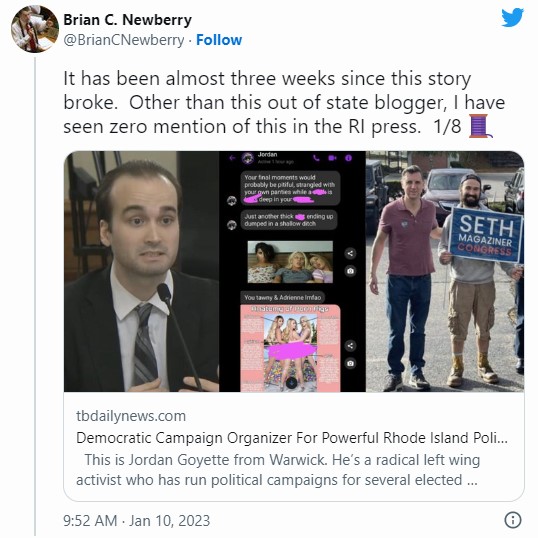 If you picture the news media as a filtering machine, Goyette falls easily through one of the holes over the barrel labeled “Ignore.”  He’s shaped like a progressive.  He’s sized a few tiers down in the state political hierarchy.  Most importantly, however, the thing that should make him controversial strikes at the heart of a crucial progressive presumption.

Specifically, at least according to the information available, he is practically a cartoon version of everything non-progressives are worried about and a symbol of the reality that progressives insist everybody ignore.  For instance, upon hearing that an advocate for “pleasure-based sex education” is tangled up in a controversy about rape fantasies, anybody whose politics are right of radical will say, “Well, duh.”

People with common sense would expect to find sexual deviants among those who want government schools to teach sex as a pleasurable activity, rather than as a matter of health and biology.  This, to journalists, is actually a reason to ignore it when those expectations prove out.  Their judgment is framed according to political narratives, such that conservative warnings are unreasonable by definition, so when right-wingers get a hit now and then, “truth” requires limiting awareness of it.  Consciously or not, journalists’ impulse is to reduce conservatives’ ability to make the rare seem representative.

Notably, this impulse is entirely unidirectional.  The same ideology that is rapidly making way for euphemisms such as “minor-attracted adults” also produces journalists whose first words upon the death of a Catholic pope are a rant about pedophiles.  In the old Marxist formulation, the issue is never the issue; the revolution is the issue.  It doesn’t matter what people are saying or doing; it only matters who they are.  And advancing the correct ideology is the most important factor in who somebody is.

No matter what one’s position on conflicts in the Middle East (to pick a non-sexual example), it’s jarring to see the skirt-clutching posture of progressives giving antisemitism its turn among the bogeymen of “white supremacy” while their broader movement has nothing to say about calls for “revolution” against the Jewish state.  Again, the issue is never the issue.  Those in sympathy with the Left must be justified in their emotions, so it isn’t lamentable “hate,” but righteous anger.

Those who would slow the Left’s progress, on the other hand, deserve no hearing, so evidence that their concerns were not without merit, as in the apparent case of Goyette, must be made not to exist.

Maybe more Rhode Islanders should be checking the Rhody Report every day?