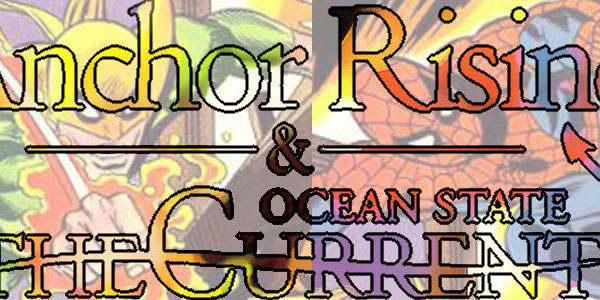 Together Again for the First Time

The title of this post is a phrase that’s struck me as peculiar ever since I first spotted it on a comic book that had found its way into my childhood collection, somehow. Does it indicate that it was the second time the two characters had been together? Or had they been together in some other setting or comic book series before?
Whatever the case, the phrase seems applicable to a joint venture that places Anchor Rising and the Ocean State Current at the same URL. As a matter of content, the two have had considerable overlap, but with respect to content emphasis, they differ somewhat, and organizationally, they are very distinct. The organization part is the critical one, with the Current having a back-office structure that we hobbyists at Anchor Rising have never had the capacity to build.
But the relevance of the comic book implied in my title goes beyond the bold-print declaration that appeared in a Kablow!-style call-out on its cover.
Continue reading on the Ocean State Current…