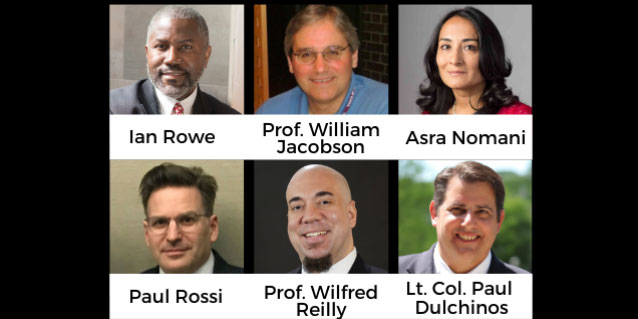 Barrington can be a start to a more-mature discussion about race.

Through his Legal Insurrection blog and the related foundation, Barrington resident and Cornell law professor William Jacobson has been hosting some excellent online panels, and he’s just announced one for May 23 at 8:00 p.m. that takes up the topic of addressing race in his hometown.  The compelling title of the presentation is, “Unity Not Division: A Non-Racist Approach to Community & Education.”  The event was initiated by the Barrington (Rhode Island) United Veterans Council (BUVC), with support from the Rhode Island Coalition for Israel:

Our education systems are in turmoil from the recent surge of Critical Race Theory teaching in K-12 and higher ed throughout Rhode Island and the nation. CRT, often misleadingly called ‘antiracism’ training, makes race and racial conflict the center of everything, plays races against each other, and frequently engages in race-shaming. We can do better. In this program leading educational experts from around the nation will discuss how we can FIGHT RACISM THROUGH EDUCATING CHILDREN CENTERED ON UNITY AND AMERICAN FOUNDATIONAL PRINCIPLES, not racial division.

Registration for the event is required.