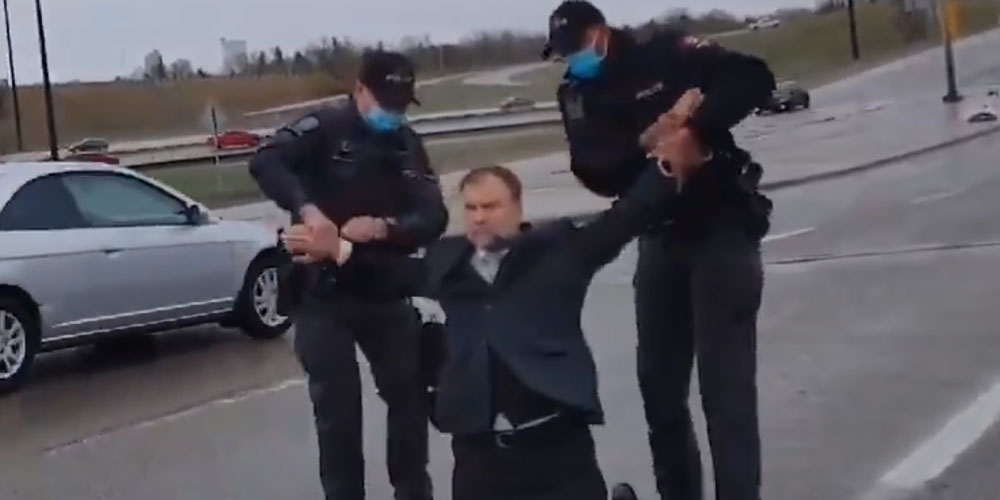 Another narrative of victimization is right there for the media taking. (Spoiler: they’ll leave it alone.)

As we watch the cycle of moral panics churning over one another — each being replaced for a season or two and then resuming for another turn — it’s important to keep in mind how easy it is to construct narratives.  On a continent of hundreds of millions in a world of billions, a well-networked, IT-connected media can make anything seem like a trend.

That media can also decide that a particular theme is not narrative-worthy.

And so we watch as a SWAT team in Calgary arrests Christian pastor Artur Pawlowski (bizarrely in the middle of a highway for some reason) for the crime of “organizing an illegal in-person gathering, including requesting, inciting or inviting others to attend” church.  (Although, one suspects he was actually arrested for embarrassing the COVID cops in a viral video.)

I just got off the phone with one of Artur Pawlowski’s lawyers. It has been six hours and police are refusing to allow Artur to talk to his lawyers (or his son). This isn’t an arrest. It’s a rendition — a police state kidnapping. https://t.co/bMwAj1iNfP pic.twitter.com/RZ913cQns3

Proximate in my news feed, from a different source in a different subsegment of the news media, we read about destructive vandalism at a Catholic Church in Waltham, Massachusetts:

During the night of May 2-3 a statue of Christ at a Massachusetts parish was decapitated.

The destruction at St. Charles Borromeo Catholic Church in Waltham, about 10 miles west of Boston, was discovered the morning of May 3.

Yeah, I’d say that’s possible.  Vandalism is spray paint and maybe pushing a statue over, not cutting off its head while (it appears) not trampling some flowers in front of it.

These vandalism stories are actually pretty common, and if the news media treated them according to the standards of other stories that they ferret from among the nationwide goings-on, the highway arrest of a Christian pastor might be enough of a final straw to galvanize Christians across denominations into action.

The powers who be don’t want that, now do they?