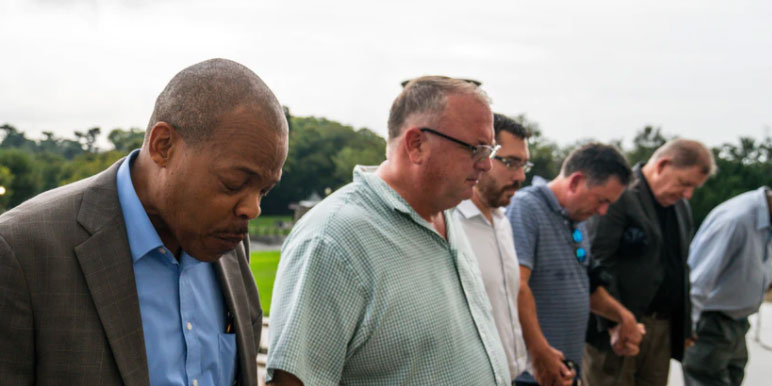 Wokeness can be resisted, but preparation is needed.

Lesson one: Don’t panic — and don’t give in. … Never apologize, don’t act afraid, and, to borrow a phrase from Obama, “punch back twice as hard.” Call the mob out for what it is: a bunch of bad people trying to pretend they stand for something moral. …

The second lesson: Stick together. The woke mob tries to isolate its victims and to make others afraid to stand up for them. Instead, it’s important to ask for help from friends and potential supporters, if you’re a target, and to offer it to the targets if you’re on the sidelines. Solidarity. …

…  lesson three. University and corporate bosses give into the woke because it’s painless and easier than fighting them. Make it painful and difficult instead, and they’ll change their ways.

These are pretty straightforward, but they assume a sort of infrastructure for resistance, and one can reasonably speculate that part of the reason for the surge of wokeness is that an increase in vulnerability to it.  On the whole, we’re all more isolated and divided, and perhaps paradoxically, given the great levelers of information technology, outsiders are arguably even farther from the levers of power.

There are a variety of indicators of that last point, but for one with a fun global-conspiracy frame, consider Justin Haskin’s Epoch Times explanation of the elites’ “Great Reset”:

Once government officials realized they are now able to spend nearly any amount of money they want without having to raise taxes, and banks learned that they can get a steady stream of newly printed cash from central banks on-demand, these two powerful groups came to the conclusion that they can effectively manage most economic activity without having to pass a slew of new laws, taxes, and restrictions.

Rather than resist these changes, large corporations and investors know they can benefit immensely from the arrangement. All they have to do is play ball by agreeing to adhere to the whims of central banks, governments in North America and Europe, and their political allies—most of which are left-wing activist groups and labor unions.

Corporations feel they’re disconnecting from the need to care what the public thinks of them, at least that portion of the public who disagrees with the governing elite.  Meanwhile, immigration and election insecurity are making the political branch of the elite feel that they don’t really have win over a majority of the country.  Meanwhile, cultural and religious elites have come to see themselves dependent on the other two, more than on the masses.

All of these will be proven wrong, eventually, with the last branch probably finding itself most wrong, but they’ll take out a lot of people (socially and economically, if not physically) as they learn that lesson.

Thus, Reynolds’s suggestions are correct, but we shouldn’t see them so much as a gameplan as a blueprint of the capacities we have to work on building: the autonomy to be able not to give in, a community to “stick together” with, and mechanisms to make wokism painful.