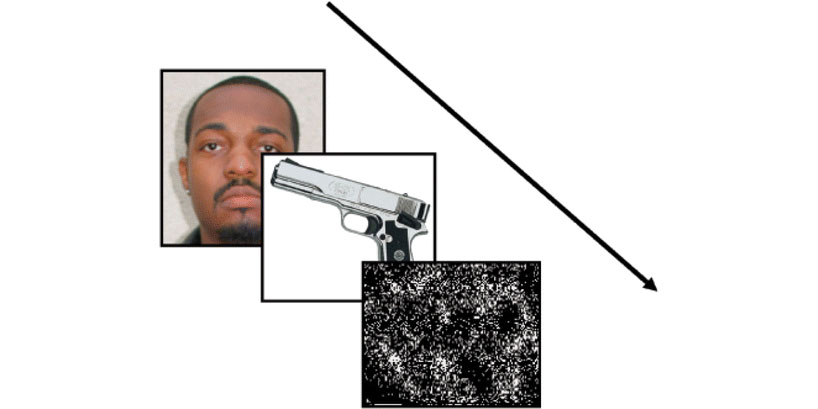 An Analytical Eye for Systemic Racism

On a recent episode of her podcast, Megyn Kelly spoke with Wharton School of Business Professor Adam Grant.  At about the one-hour-and-seventeen-minute mark, she turned the conversation toward their disagreement about the existence of systemic racism.  Grant’s initial case mentioned some interesting academic findings (at about 1:24):

There are two bodies of research that have really shifted my thinking about this.  The first one is Keith Payne and his colleagues on weapon bias. … What Keith and his colleagues have shown is that — they do a whole series of experiments where you’re essentially shown a black or white criminal, and the average person is more likely to see a weapon where it isn’t there, where something looks like a weapon, but it’s not, if the person being depicted is black than not.  That’s a scary effect to me.  I don’t think it necessarily explains every instance of police brutality against black people, but you start to add up those kinds of biases and you could start to wonder is that part of the picture.

… I don’t want to go into prosecutor mode, but this is the science that I think is interesting and thought provoking and important. Jennifer [Eberhardt] has also co-authored a paper, I think it was 2017, looking at bodycam footage, showing that if you just look at the words that are used, officers speak with more respect toward white people that they stop than black people that they stop.  Again, I don’t want to over-extrapolate from single data points, but you can start to see the cycle of escalation beginning with treating someone with disrespect rather than respect, and that eliciting a more aggressive response.

I think about data points like this and say, “Okay, how many of those would we have to see before we start to worry about racism being systemic as opposed to just individual prejudice or hate, and I think the data are overwhelming in suggesting that there is a systemic problem, here.

Two points should be made in response.  First, Grant caveats that he doesn’t want to extrapolate, but then he does so, and it isn’t necessarily justified.  Consider the study on misidentifying weapons, which I think is this study.  Here’s the key chart:

Basically, participants were shown a series of pictures (like the example shown in the featured image of this post), including a portrait and either a weapon or a tool.  If I’m reading the chart correctly, it shows that people are apt to misidentify tools as weapons about 30% of the time if shown a photo of a white person and about 37% of the time if shown the photo of a black person.

Assume that’s true.  Even go so far as to put aside the possibility that people in the study (who presumably were of all races) actually had more experience with armed black people (either in life or in popular culture, as in rap videos and shows like The Wire), such that the results only reflected their experience.  Does the chart really justify generalizations and claims of a “systemic” problem?

Strictly speaking, Grant is being imprecise when he says that the results say something about “the average person.”  It’s also possible that a given sample of people will contain some who are more likely to associate weapons with black criminals.  Actually, to be more precise, it could be that people who are likely to make that association are more likely to get the answer wrong.  We can probably say that almost everybody who participated in the study was no more likely to see weapons in association with black people than with white people.  Do they not count as part of “systemic”?

That observation alone could wipe away many of the studies on this topic.  Even the existence of honest-to-goodness racists in a society cannot be said to be “systemic” if the percentages are small.  You can’t prove that the “average person” is 5% racist by finding five out of 100 people to be fully racist.

The second response to Grant’s argument is that, even if we conclude that systemic racism does exist, that fact doesn’t necessarily prove it is categorically connected with historic racism or that progressive, anti-racist strategies are the solution.  If the nature of the systemic racism is misidentified, Critical Race Theory (CRT) could make it worse, which is what many of us think is happening.

Consider the study of police officers’ differing language based on race.  Maybe some of that is racism.  Maybe some of it is indicative of the officers’ past experience with people of different races.  Much of it, however, is surely the result of the complex web of emotions generated by decades of progressives’ fixation on race and sowing racial distrust.

Whatever race you are, think honestly of how you respond to people of other races differently.  Don’t make excuses, but at the same time, don’t be unjustifiably hard on yourself.  Inspecting ourselves, many of us will likely find that awkwardness and aversion results from not knowing how we’re supposed to behave or, worse, fearing that we’ll behave wrongly.  It’s like when you’re forced to concentrate on doing something that you normally do automatically and without thought; often you’ll mess it up because you’re overthinking it.

Grant goes on to say that it worries him to see studies finding that white people get defensive when shown some sort of supposed evidence of systemic racism.  We should guard against that, to be sure, although Grant should have, again, specified some white people, but at the same time, that reaction doesn’t exist in a bubble.  Perhaps folks who react in that way are responding to the tendency of people who push the progressive line to steal bases; they might not feel comfortable acknowledging some evidence because they have experience with advocates who immediately extrapolate such concessions to be all encompassing.

One could reasonably classify this sort of reaction as a form of “systemic racism.”  If so, however, it’s a progressive phenomenon, and our elites’ current approach to curing racism will only make worse.