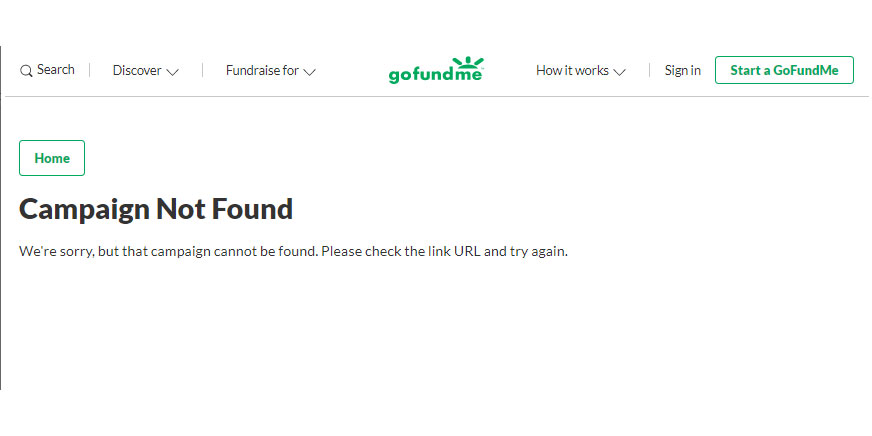 GoFundMe’s bigotry has become so predictable.

Speaking with John DePetro this week, I suggested that competing GoFundMe campaigns around the controversy on Sayles Street in Providence showed a healthy social response to cancel culture and institutional biases.  I did predict, however, by way of noting it as something to keep an eye out for, that GoFundMe would cancel one campaign and not the other, with the cancelled one (obviously) being the one showing support for the police officer.

Yesterday, folks began to notice that the fundraiser supporting suspended Officer Patrick Hourahan — which had exceeded $20,000 by Tuesday morning — had been removed from the site.  Brian Amaral of the Boston Globe posted the following statement from GoFundMe on his Twitter stream:

Thanks so much for reaching out to our team, Brian.

I can confirm that the fundraiser for Officer Hourahan was removed from the platform because it violated GoFundMe Terms of Service, and all donors are being refunded.

You can find the terms of service here:  https://www.gofundme.com/terms.

The general reference to the terms of service is no help, especially because it includes a provision banning “User Content or reflecting behavior that we deem, in our sole discretion, to be an abuse of power or in support of hate, violence, harassment, bullying, discrimination, terrorism, or intolerance of any kind relating to race, ethnicity, national origin, religious affiliation, sexual orientation, sex, gender, gender identity, gender expression, serious disabilities or diseases.”  So, basically, if you’re not left-wing enough, you violate their terms.

As of Tuesday morning, Hourahan’s fundraiser had 361 donations, compared with 252 for the family at the center of the household feud and police response.  The competing totals were over $20,000 for the former versus $14,000 for the latter, which had been up much longer.  The officer’s campaign also had a slightly smaller average donation, $56.14 versus $57.19, the biggest donations were not as high, meaning that it was a grassroots movement, not a political statement by a few big donors.

The lesson is simple:  don’t ever use GoFundMe, because the company believes a large number of Americans (probably an actual majority) are beyond the pale and should not be able to offer support to each other.