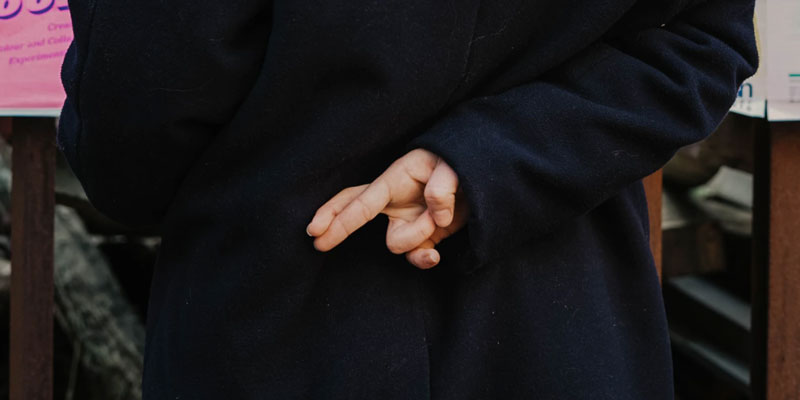 What are the mechanics of a school department lying to a student’s parents?

In the Valley Breeze, Erika Sanzi writes about a relatively recent practice of Rhode Island school districts that has bothered me since the state Department of Education injected it into our system some years ago:  the policy for teachers and school officials to deliberately lie to parents as the system helps a child to “transition” from one gender to another.  However, Sanzi’s framing forces one to go beyond simply presenting the obvious injustice and think about the mechanics:

The deception is baked into “the plan.” Months go by and all documents sent home maintain the daughter’s birth name and sex that nobody is allowed to use during the school day. The distress that teachers and other school employees express is directly related to the complicity they feel in this deception of parents. One Rhode Island teacher who asked to remain anonymous told me that “parents think they can trust us and instead, as a condition of our employment, we are part of a massive lie. It is immoral what we are being required to do.”

There are teachers who are totally on board with the school keeping this information from parents. As far as they are concerned, if a child feels the need to keep their gender identity from their parents, the home must be an “unsafe” place that “causes harm.” One veteran educator in Rhode Island recently told me that students have a right to privacy when disclosing their gender identity and preferred names at school, including from their parents, even when school counselors, administrators, teachers and administrative staff are all in the know.

Nobody seems to be thinking about an obvious problem.  Namely, other students have to be “in the know,” too, as well as any parent volunteers.  Are they all brought into the lie, or does the school district just hope some other parent doesn’t say anything at the grocery store, birthday party, or soccer field?  Other parent: “My daughter says Jim has really helped her with math.”  Deceived parent:  “Who’s Jim?”

Either way, what do school officials think the effect will be on children and their families if the deception is discovered, whether the home environment is “safe” or “unsafe” according to officials’ offensively presumptuous judgment?

These are questions that are so fraught that they expose the obvious conclusion that schools shouldn’t be in the business of lying to parents.

How does Terry McAuliffe think lying to parents should be accomplished? – Anchor Rising

[…] to lie to parents whose children may be exploring a change of their gender.  I’ve long wondered what the mechanics of this deep deception would look like, and it’s frightening to know […]

[…] are inviting as they seek to impose ideological radicalism as guiding lights and institutionalize a system of lying to parents.  At the link, Rod Dreher supplies video of the emotional testimony and accusations of Jessica […]

Beware parents; Leftists warn about what they intend to do… like taking your children. – Anchor Rising

[…] progressives much closer to unconscionable actions.  Directly on this point, they have made it policy and law (including in Rhode Island) that government-run schools should actively deceive parents about their […]