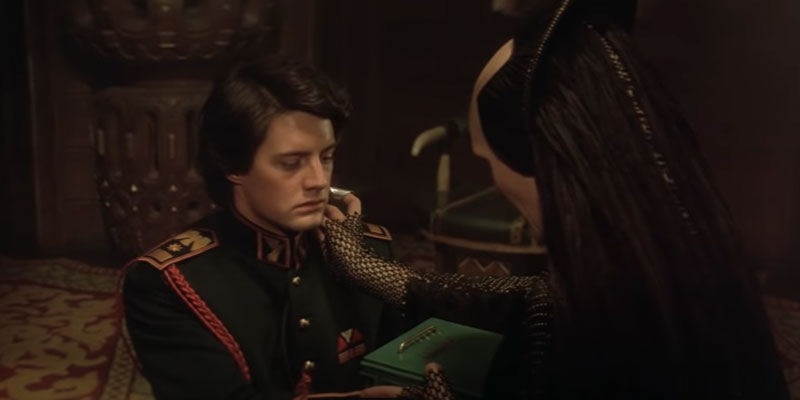 In the modern context, Dune’s Pain Box would be an Affirmation Box.

With Dune back in the popular culture, all people of good will and right mind should be relieved that it includes one of the most profound moments of the book, captured here in the prior movie adaptation because it was the best clip I could find quickly:

The quick summary is this:  The priestess lady is testing the protagonist.  She presents a choice: he sticks his hand in a box that produces pain, and if he can take ownership of his will and keep his hand in the box, he lives; otherwise, she’ll prick him with deadly poison, and he’ll die.  The test will prove he’s human.

Something of the same sentiment can be found in an effectively censored speech by Abigail Shrier at Princeton University reproduced on Bari Weiss’s Substack.  For context, Shrier rocketed into the hall of cancelation fame when she dared to publish a book investigating the dreadfully harmful contagion of teenage girls’ proclaiming themselves to be something other than teenage girls only to have their schools and doctors abet their adolescent impulses toward irrevocable self-mutilation against the will of their parents. Here’s the profound conclusion:

I’m 43, which I realize makes me very old to many of you. But not so long from now, you’ll wake up and be 43 yourselves. And when I look back on my life thus far, it occurs to me that the decisions of which I am most proud—the ones that strike like an unexpected kiss—are not the times when I obeyed the algorithm. They’re the times when I defied it and felt, for a moment, the magic and power of being alive. When I felt, even for an instant, the exquisite joy of not being anyone’s subject. When I had the unmistakable sense that I’ve existed for a purpose, that I stood the chance of leaving the world better than I found it. You don’t get any of that through lock-step career achievement and you certainly don’t get that by being the Left’s star pupil.

The lesson I hope we’ve learned since Frank Herbert first published Dune in 1965 (but fear we have not) is that we shouldn’t assume that the truth is the opposite of what others say it is so that we can prove our autonomy by rebelling against it.  That is basically what the transgender craze is bringing to life, but it is merely another way of lacking free will.  The difference is only that the computer algorithm that controls you introduces a negative sign at some point.

Imagine not a pain box, but an affirmation box, and the priestess will kill you as a non-human if you do not withdraw.