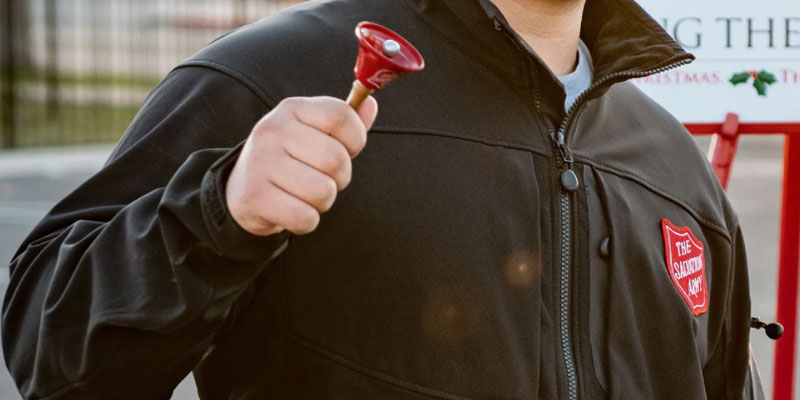 The Salvation Army’s slide is only a mystery inside the mainstream bubble.

Kelly O’Neill reports for WJAR that the Salvation Army is 11% behind on donations in Rhode Island and 30% in New Bedford.  Whether the percentages are “behind the goal” or “behind last year” isn’t clear, but it amounts to tens of thousands of dollars in this area.  Rhode Island’s state coordinator, Roger Duperree points to staffing shortages for bell ringers, but his New Bedford counterpart doesn’t seem so sure:

“Last year, we met our goal. This is strange for me this year because we are not close to the goal,” Maj. Michael Jung said.

Outside of the mainstream bubble, however, these results aren’t surprising at all (regarding both the donations and the volunteers).  If you don’t exist entirely within the boundaries of approved information, you know that a wave of disapproval swept through the country when an internal guidance document came to light showing the Salvation Army to have swallowed the racist, antiracist pill:

The resource guide itself contains “five sessions” to “help delve into the topic of racism and the Church.” Those include entire sections titled. “Self-Care for People of Color,” “What is Whiteness?,” “Lamenting and Repenting — a Conversation Guide,” among others.

The guileless Christians in the organization helpfully expose just how racist this ideology is, admonishing the reader to “stop trying to be ‘colorblind’,” because not being racist “actually ignores the God-given differences we all possess, as well as the beautiful cultures of our Black and Brown brothers and sisters.”  As is typical, all cultures are beautiful… unless you’re white.  In that case, your culture must be deconstructed to show the decidedly non-beautiful core of “white supremacy.”

For people with white skin, “a sincere apology is necessary.”  In response to donation shortfalls across the country, the organization hid the guidance in a desk and offered a palpably non-sincere apology for having been maliciously misunderstood.  Maybe some donors were satisfied with that lack of repentance, but when certificates “redeemable for one white apology in lieu of a cash donation” are circulating widely, at least part of the Salvation Army’s mystery may be solved.

I always favored the Salvation Army since hearing stories from older relatives about departing for Europe in WWII. At departure points the red Cross sold coffee and doughnuts, the Salvation Army gave them to departing soldiers. For the first time this year, I have walked past a bell ringer. “Go woke, go broke”