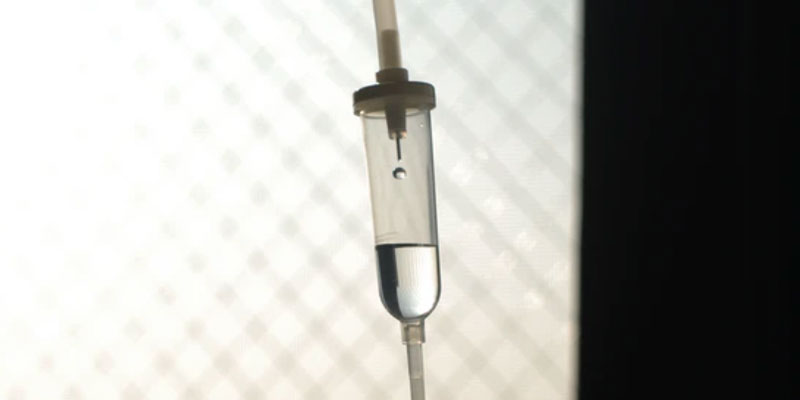 An Open Letter to Governor Daniel McKee with COVID Solutions

Governor McKee, I believe it was your December 15th Press Conference when responding to a question about your highly restrictive policies, your comment was something like, “If anyone has any other ideas, I’d love to hear them.”

I’m penning this open letter because I have other ideas, and as it takes several weeks to months to get an appointment with your office, and the RI press corps does not seem interested in accurately covering anything from Republicans recently, I felt the only way to offer these “other ideas” before it’s too late is through an open letter.

Governor, there is a storm coming and you are not preparing for it.

The press release announcing your December 15 press conference began “Governor McKee Announces Comprehensive Actions to Address COVID-19 Cases and Alleviate Pressure on Hospital Systems While Keeping Schools Open for In-Person Learning and Preventing Economic Disruption to Small Businesses.” You then laid out a series of extremely strict, crippling requirements for both the citizenry of, and the businesses in the state of Rhode Island.

Governor, with all sincerity – the actions you announced will do little to nothing to “alleviate pressure” on our hospitals, keep our schools open for in-person learning, and especially they will not prevent economic interruption in our business community. My statements are not political in nature, and I am not criticizing your approach for partisan reasons. I am writing to you to point out that you are not focused on the right things necessary to achieve the goals stated in the headline of your press release.

First, the burden on our hospital system has been growing since far before the COVID pandemic, however this health crisis has expedited the inevitable and total collapse of our healthcare system, and your policies are regrettably hastening that. We are constantly updated on how our hospitals are “near capacity” and I think that by now most have come to recognize that this statement, while used so ubiquitously, is misleading. Our hospitals are nearing “staffed capacity.” Which means the estimated 30% of hospital and medically licensed personnel across RI you fired are no longer able to work in the healthcare industry, thus reducing the “total capacity” of a 100 bed facility to 70 beds if they have the proper staffing (this doesn’t even include the increased staffing law that you signed this year which goes into effect soon.)

Furthermore, the most recent figures that we’ve seen are that 11-13% of hospital admissions were with or from COVID. That leaves the remaining 87-89% of admissions to things other than COVID. We have also further identified that far too many people have been putting off routine procedures, screenings and doctor visits for the past 2 years which is already contributing to an increase in hospitalizations now, and will incontrovertibly contribute to an imminent increase in hospitalizations for much more serious health reasons in the months and years to come.

When we factor in the burn-out of our healthcare professionals and combine that with Rhode Island’s anemic Medical Reimbursement Rate which helps fund all medical positions and is especially impactful in the CNA and social work fields which are relied upon in every single healthcare setting from hospitals, nursing homes, and any other congregate care setting, we are hemorrhaging healthcare workers and an unrecoverable rate.

The professionals on the one end of the spectrum including doctors, nurses, LPNS, PAs, X-Ray Techs et al are burning out, retiring early, or leaving their fields at an alarming rate. The professionals on the other end of the spectrum including CNAs, social work staff and other support positions that are paid in part through Medicaid Reimbursement, are leaving Rhode Island because they know that that they can either drive an extra 10-15 minutes and go work over the state line in CT or MA and earn up to 50% more for the same job, or they are leaving those fields altogether because the private market has increased its wages due to crippling government programs and mandates where instead of changing bed-pans for $14/hr., they can ring groceries for $19/hr. or flip burgers for $17/hr. And they are choosing to do exactly that. We as a state have been grossly negligent in maintaining a competitive Medicaid Reimbursement Rate.

As has been clearly established, the Omicron Variant of COVID is spreading rapidly and it comprises 75% of all diagnoses in the US as of 12/21/21. There is also clear evidence that this variant has much less concern about who is vaccinated. Clearly this is a variant that spreads more easily and despite all the masking and proof-of-vaccination requirements, will not just continue to spread, but will spread exponentially.

If the RI government is telling us that our hospitals are at “critical capacity” right now, then we are in for one hell of a winter without adopting proactive measures instead of reactive measures. This much is clear – the number of COVID hospital admissions will increase dramatically, and the number of people leaving healthcare with increase as well. FEMA aid notwithstanding, our hospitals will become buildings lined with gurneys of suffering patients waiting hours to days to be treated or even seen. These gurneys will fill the rooms, line the hallways, and take over breakrooms. Patients seeking admission to the hospital for otherwise serious issues will be turned away and told they are better off at home. We won’t recognize our healthcare system anymore.

Finally, one of the impending federal mandates for small businesses is to have unvaccinated employees “provide a negative test every week” in order to remain employed. As of 12/21/2021 the federal mandate has not kicked in and most companies are not enforcing a “weekly test” policy. As of this moment we are seeing 6-8 day turnaround times on PCR tests, and the “instant” antigen testing system in RI is not even accepting appointments for 4-5 days. This rush on testing, and the government’s typical reactionary measures to it are going to make the “once per week testing” option for employers impossible, compelling them to release even more of their staff, and place even more people into immediate financial crisis because as we know, the state refuses to pay unemployment to these citizens. This will be the next crisis to deal with – the overwhelming number of people who are not allowed to work, nor are they being allowed to use the unemployment insurance that they themselves funded. This will lay irrevocable devastation across Rhode Island’s small business community.

This can all be avoided. Instead of turning to heavy-handed mandates that will be enforced by government agents raiding businesses and issuing fines and closure notices over who has a mask on or who has the most recent booster – we should be focused on solving the problem and not oppressing and punishing our already suffering citizens and small businesses. Take all those resources – be they financial, human or consumable and redirect your energy toward helping people rather than punishing them.

On the same day as your press conference, December 15, a constituent reached out to me because they had been exposed to the virus, started feeling ill, and as a sufferer with acute COPD, they took a rapid test which came back positive. By this time, the individual was having breathing issues and their doctor prescribed Monoclonal Antibody (MAB) treatment on the spot. MAB is a therapy that is infused via IV and has had remarkable results in completely reversing the progression of the virus and has eliminated or reduced the length of hospitalizations more than any other treatment. This individual called their local provider of MAB and was told there was an 8-10 day wait to get in for an appointment. This person then called several other providers and was told the same thing – 8 to 10 days for an appointment. The individual then called me. I quickly learned that regardless of where they go, the wait will be the same because the state is overrun with requests and cannot fill them all. This was last week. A mere six weeks prior, an individual could have walked into a MAB center anywhere in RI and received their infusion on the spot. Last week they waited 8-10 days, and the full outbreak hasn’t even really started. A person in dire need of MAB will not survive 8-10+ days waiting for an appointment, and they will inevitably be hospitalized.

Why must they wait 8-10 days? Is it because we don’t have enough medicine? Maybe we don’t have enough facilities to use? Maybe it’s far too expensive and the insurance companies won’t cover it. No. None of those things are the problem. The problem is that we fired the staff necessary to administer the infusions. Yes, it’s that simple – we have everything we need except the people to administer the lifesaving treatment.

That’s right. There is plenty of medicine for this treatment. The health insurance companies in RI are absolutely begging to pay for every cost associated with administering MAB because those costs are insignificant when compared to those of a hospital stay. Any medical or EMT facility can be used to provide the infusion. In fact, we could be using our local fire departments and ambulance corps and their staff to be administering the infusions right in our own communities. All we need are licensed paramedics, and the health insurance industry will help set them up with everything they need and train them to start curing people right in their own towns. But we don’t have the staff because we fired them.

Now for the solution. First, a person seeking MABs already has COVID, so the hyperbolic “danger” they are in while being treated by an unvaccinated healthcare worker is moot. Next, reverse course on the ridiculous vaccine mandates for healthcare providers, or at a minimum allow those with naturally acquired immunity who are qualified to administer MAB infusions to staff these infusion centers that we can set up in every community. In fact, all you really need to do is look in your own back yard of Cumberland to see that their Fire Departments have done exactly what I describe here and are saving peoples’ lives and keeping them out of the hospital on a daily basis using this community model with paramedics.

Governor, if you want to keep hospitals functional through the impending onslaught of COVID cases during this winter, please talk to our health insurance providers, take charge of your own Department of Health and demand they create procedures for reactivating the licenses of, and working with the nurses, paramedics and doctors who’ve been terminated to bring them back in this capacity to help mitigate the inevitable increase in COVID hospitalizations. If you have the courage to lead on this, you very well may be able to say that you prevented the collapse of our healthcare system.

This is the leadership that our state needs. You can continue to do what everyone else is doing by playing “follow the leader”, and you’ll continue to get more of the same of what each of those “followers” have. But if you dare to be a leader and institute bold policies that are scientifically proven to achieve the goals you state as your own, you may just pull this off. If you stay on the same course, our state will continue to suffer, only much greater.