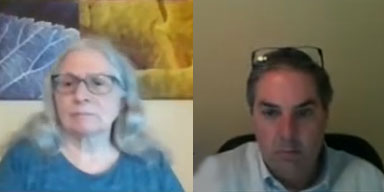 How a Town Clerk, Town Solicitor, and Superior Court Judge Can Brush Your Rights Aside

The past year has felt as if its theme could be, “So this is how this happens.”  Assumptions that many of us had about our rights and the integrity of the rule of law in our country have been severely undermined.  Of course, this didn’t happen all at once; depending how conspiratorially inclined you are, 2020/2021 was just the year the trap sprung or the structure began to fall apart from the strain.

If you’re active in a local opposition group, you’ve probably had a front-row seat for the process.  You’d think the dynamics and topics would be so different at the municipal level that the lessons wouldn’t translate up the scale to the state and federal level, but they do.  The fact that the players are closer and the politics are less complex locally makes lessons easier to learn.

Take a question that bothers many people as they attempt to get their heads around what’s going on with their country:  How can laws that appear to mean one thing, and that have been enforced as meaning that thing for a long time, suddenly be proclaimed to mean the opposite?  I’ve traced a test case in my town over on Tiverton Fact Check.  Here’s the short version.

About a decade ago, Tiverton changed the way it does budgets so that residents can propose alternative budgets and the people can vote on all the options.  Under the town’s Home Rule Charter, the town clerk has to open the door for alternate budget petitions no later than five weeks before the financial town referendum (FTR), and the petitions have to be returned to her with at least 50 signatures no later than four weeks before the FTR.  That is how the committee that wrote the language (who were friends and allies of mine) intended the process to go, and that is how the prior town clerk, under the advisement of prior town solicitors, handled it.

This year, a new town clerk, Joan Chabot, with no notice to the public except some text placed quietly on a town webpage four days beforehand, decided that five weeks before the FTR was not a deadline for her to have petition forms ready, but a deadline for residents to submit  their petitions.  Rather than help her correct an obvious error, Town Solicitor Michael Marcello (who is also a member of the Scituate town council) went with her to court when two blocked petitioners filed a complaint, and rather than protect the rights of citizens, Superior Court Judge Brian Van Couyghen claimed Chabot’s reading was the right one.

Where did that definition come from?  How could a committee (including one of the blocked budget petitioners) write language to mean one thing, which is how it is read and enforced for a decade, and then a clerk, solicitor, and judge simply insist that it means something else?  And how could that change happen with no due process, when it normally takes multiple hearings and a public vote to change the charter?

This is a microcosm of the process by which the U.S. Constitution has gradually evaporated.  Rather than follow an orderly process to change the law as public sentiment changes (if it does), government insiders simply pretend the language that is already there means something else.

Thus, a straightforward system meant to allow us to live under a representative democracy with the law applied fairly under agreed-upon rules deteriorates into an exercise in raw power.  We saw more of this in Tiverton recently when, under cover of COVID-19, the council moved the date of last year’s FTR in violation of the charter (although the General Assembly retroactively blessed the change months later) and then passed a mere ordinance that effectively changed the charter when it comes to money from the new casino in town.  Both violations were the handiwork of Marcello, too, although the shadow of the current council president, Denise deMedeiros, looms large in all of the town’s shady dealings over the past two decades.

Here, the view afforded by local engagement provides another lesson that applies in every town and state, and in the federal government, too.  One central reason to have a steady and predictable rule of law is that it allows most people to go about their lives and accomplish other things that move our society forward.  The town clerk receives a healthy paycheck to do what she does.  The town council pays the solicitor very well to manipulate the law in its preferred direction.  As we’re seeing in South Kingstown, government agencies even pay lobbyists to work against the interests of citizens.

On the other side are civic-minded volunteers who are trying to earn a living or enjoy their retirements while raising families and pursuing other activities, like charitable work.  If they can trust that the law means what it says, busy citizens can ensure that their interests are represented in government, but when government officials use taxpayers’ own money to game the system, true representation goes out the window.

If citizens are constantly having to check whether the legal ground shifted under them (and fight back when it does), their time and resources can drain quickly, and when the law is not predictable, people have reason to decide against investing in their communities, their homes, or their businesses.

Speaking of tyranny, defenders of civil rights in Rhode Island should make a point of documenting and communicating examples. – Anchor Rising