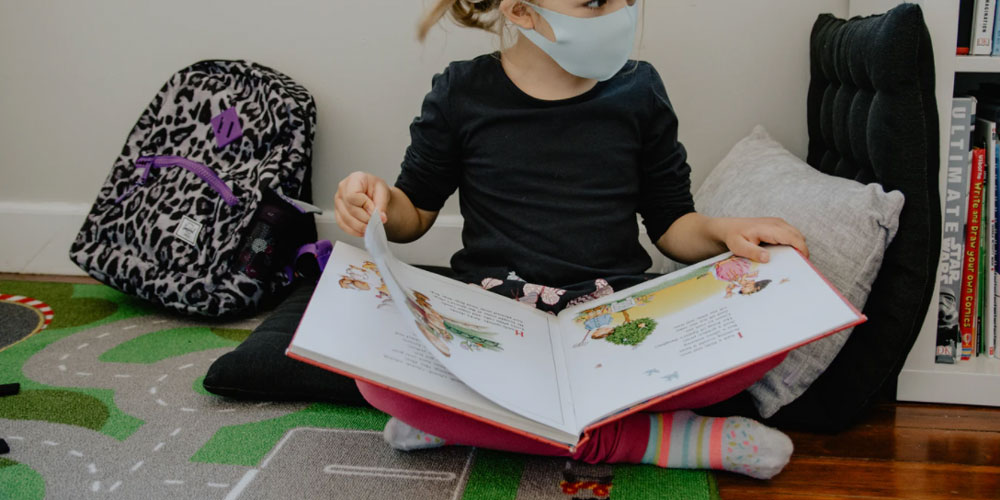 The Rhode Island Chapter of the American Academy of Pediatrics is irresponsible on mandatory masking.

When it comes to public opinion, it’s tough to know what’s real and what’s a social media echo chamber, but this letter, signed by five pediatricians in the name of the Rhode Island Chapter of the American Academy of Pediatrics, seems to be stirring up folks who want to force masks onto the faces of children.

It’s worth noting that the five signers are all on the executive board or listed as directors of the RIAAP and that the other 14 board members/directors did not sign.  All five are Lifespan doctors, although that may be an indication mainly of Rhode Island’s monopolistic medical establishment.  Another interesting note is that Patricia Flanagan, whose Lifespan profile lists her as the president of the RIAAP (perhaps because it’s outdated), is apparently a big supporter of Nellie Gorbea, having given her $1,350 in political contributions, and that Gorbea has staked out the “mask the children” territory in the governor’s race, citing the RIAAP statement for support.

Put aside the stench of politics, however, and take the pediatricians’ statement on its own terms.  The most notable observation about it is an omission.  While the short letter takes pains to cite numbers and studies to stoke fear among parents, it offers nothing but an assertion that masking helps.  That assertion is, to say the least, questionable.

The letter moves into irresponsible territory, however, with a statement that the authors bolded in this paragraph:

As pediatricians, we see children, adolescents, and families in crisis because of the ongoing stressors the COVID-19 pandemic presents. Further, we have seen how the pandemic has only increased the healthcare and educational inequities between communities in our state. In that context, it is critical that in person learning, supported by scientifically successful infection risk lowering measures, be preserved for all communities this academic year. Let us also be clear, wearing a mask does not represent a medical or psychological threat to any of our children. Without universal masking requirements as a critical piece of these protection efforts, more children and staff will get sick resulting in students missing in person school opportunities. In southern states such as North Carolina, Florida and Texas, where the academic year has already started without a mask mandate, COVID exposures and infections have already forced classrooms and schools to close. It doesn’t take much for COVID-19 to shut down an entire school, so Rhode Island can and should learn from these experiences.

Modern life requires us to be able to assess the statements of experts in a particular field without being experts in it, ourselves, and categorical statements like that are always a warning sign — especially when prefaced with an elision phrase like “let us be clear.”  If experts want to provide clarity, they produce evidence, which these doctors did not do.

It is simply not credible to claim that no child exists for whom daily masking creates “medical or psychological” risks.  (Notice, by the way, that they don’t include “developmental” threats.)  In fact, such statements — particularly when emphasized and made the lede of the letter — raise doubts about the credibility of the entire text.

The RIAAP is not an elected government body, and most Rhode Island parents did not choose any of these five doctors as their children’s pediatricians.  Their testimony should be noted, but they’ve given ample reason to disregard it.

Interesting, these are some of American Academy of Pediatrics partners and Corporate sponsors. Johnson & Johnson, Merck, GlaxoSmithKline, MacDonald’s and the list goes on…https://services.aap.org/en/philanthropy/corporate-and-organizational-partners/current-partners/

The aristocracy is hardening and putting up barriers around itself. Sad to watch happen.

The RI American Academy of Pediatrics letter ignored 36% of COVID-positive kids who are asymptomatic. – Anchor Rising

[…] The Boston Globe article to which I linked earlier made a point of citing one statistic from that irresponsible RI American Academy of Pediatrics letter: […]