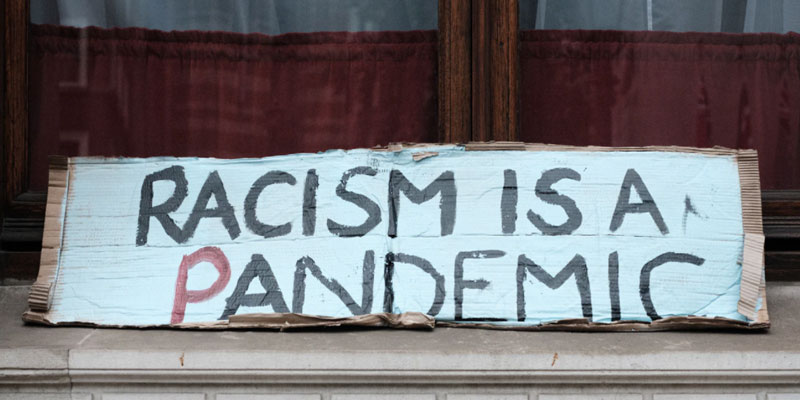 How did racism become so widely accepted in our society again?

Honestly, I thought the matter was settled.  Judging people and giving them preferential or detrimental treatment based on the color of their skin is wrong.  Segregating people and providing opportunities to different groups based on race is bad.

I don’t know how it happened, but one is apt to be called a “racist” for saying such things, these days.  And so:

The New York State Department of Health has issued official “Guidance” regarding rationing scarce Covid therapeutics which gives preference to non-whites over whites in proving entitlement to the therapies. All people need to demonstrate certain health problems (like testing positive) but non-whites do not need to prove that they personally have an aggravated health risk, it is presumed. Whites, on the other hand, get no such presumption.

Is race just being used as a proxy for “urban,” indicating a dense housing situation and therefore more likelihood of spreading the disease?  There’d be no need for that, in an age when a check-in clerk can determine housing type as easily as a racial identity, but even that moderately less offensive excuse is not being given.  Instead, the state refers to “longstanding systemic health and social inequities.”  In other words, the discriminatory policy is that, in the face of a shortage of treatments, people with lighter skin should be put at greater risk of death right now because of historical inequality.

Meanwhile, Boston College and Northeastern University held a debate tournament in October that explicitly banned white students, asking registrants to fill out a “racial identification” form.  Think about that.  Think about how far back into history we’ve slipped that such a thing exists.

One wonders whether any of the rounds required one team to take a position against the assumptions of identity politics.  I’d wager not and expect the righteousness of the cause was an underlying truism to which all must assent while debating topics that rest upon it.

Mainstream institutions are treading on very dangerous ground, here.  The key to cultural advancement and greater peace and goodwill is fair, unbiased treatment according to law and policy and cultivation of the sense that we’re all one family, one tribe.  Why anybody would want to reawaken an increasingly dormant primal tendency to break into smaller factions is difficult to understand, and doing so will have repercussions that they do not foresee or want.

Of course, what do I know?  A year or so ago, I wouldn’t have thought anybody would stand for the rationing of medicine based on race.