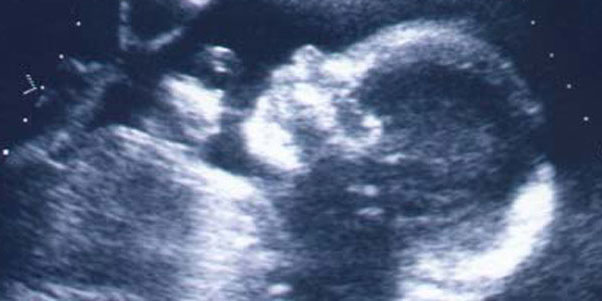 The Supreme Court has undone a travesty of law by overturning Roe v. Wade.

Honestly, I never thought I’d see the day, but the Supreme Court has overturned Roe v. Wade, which invented a Constitutional right to abortion across the country.  To this day, many Americans don’t realize just how radical the judicial legislation was, making the United States much more extreme than most of the world, with abortion up to the point of birth and so on.

As if to provide an explanation for that lack of knowledge, the news reporters, as in this Associated Press article published by WPRI, are doing their part to support the party and facilitate division and hostility with raw propaganda.  At least they’re continuing to make it easy to identify them for what they are.  Americans should brace, however, for craziness and outbursts from the political Left, for whom abortion is something like a sacrament and whose party, the Democrats, is desperate for subjects to rile up their voters and distract from the catastrophe of their governance.

A reasonable assessment should begin with facts and the legal process.  Overturning Roe means only that the decision must be made at the state level, and states will vary from total bans to a complete absence of restrictions, and even taxpayer subsidies for abortion.  On this issue, people will once again be able to exercise the fundamental right of choosing the sort of society in which they wish to live.  Allowing us to do that, while remaining one people working together, is the entire point of the American experiment.  Along those lines, most states will probably fall somewhere in the compromise zone, setting some point of gestation at which unborn children may no longer be killed.

Moreover, one of the bulwarks of our Constitutional system has held firm, for now, albeit with a half-century delay.  The Supreme Court should not simply be a mini legislature to enact policies that elected officials are unwilling to enact.

Unfortunately, the Left will push the opposite conclusion — that they must manipulate the political process until they control the court once again, almost certainly with an amplified madness.

So, the work falls to all of us.  The Supreme Court has upheld the obvious conclusion that the Constitution does not guarantee the right to kill unborn children.  Now, more than ever, we have to defend reason, the rule of law, and the reality of biology against the forces of destabilization.

My own opinions on the matter are of no importance and are not to be assumed.

I was still in Law School when the Roe v. Wade decision was rendered. I recall this. The faculty was astounded by the decision, not so much by the ultimate decision as the method used to achieve it. The opinion of the faculty was that it was among the worst opinions ever written. Various judicial protocols were ignored, for instance “precedent”. A “federal right of privacy” was invented in order to achieve the desired result. My opinion on that particular decision was that it was only a matter of time before a more “fundamentalist” court reviewed it and could not support the decision. For that reason, I am not surprised at this week’s result, although I have not read the decision itself.

Would you support a federal ban on all abortions?

I would support every state’s implementing a ban by its own political process, but I don’t think it’s an area in which the federal government has authority at this time. In the long run, as people came around, I would further support a Constitutional amendment to affirm the right to life, but as the culmination of this broad campaign of persuasion, not as a way to jump ahead to victory.

Justin is correct. Just as murder and voting are not federal issues, neither is abortion. What would be needed is a constitutional amendment to remove it from state jurisdiction and make it a federal issue. That was done with women suffrage. That is why the ‘reconstruction amendments” giving blacks the right to vote and creating “birthright citizenship” required amendments. Otherwise, states determine who can vote.

I don’t know, but that’s the project. I’m hopeful that there’s enough humanity left in our society that people will turn against killing babies as reason and compassion clear away the noise over time.

Interestingly, I can’t help but hear an insinuation in your question that if you thought you had no chance of persuading your fellow Americans on a particular issue, you’d have no choice but to try to force your preference on them somehow.

Just an anecdote, which may, or may not, aid in thinking about this in a historical sense. I recall being a kid, about 13, when it was rumored, a local doctor had performed an abortion. When walking past his office we found it reasonable to cross the street; somehow fearing some association with him. I have no present recollection of how this decision was made, but I do not recall any objection.

I guess I don’t think you’re being honest. When you liken abortion to “killing babies “ you don’t leave any room for other points of view.
It’s strange that you should charge me with try to force my preferences on my fellow Americans. What have I done but disagree?

“the rights that the State has taken away from them?” I think you have to go very far back in time before Roe to find that abortion was a “right” in Western Civilization.