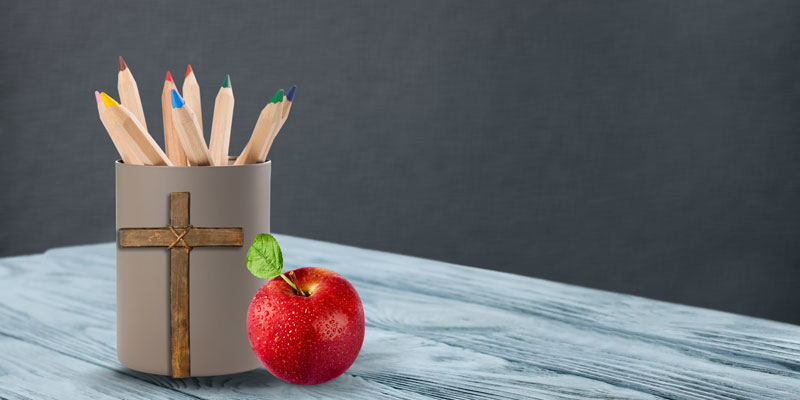 The administration is raiding the homes of political opponents as well as Catholic schools (in a sense).

Maybe my brain is excessively wired to see connections and patterns, but the raid on President Trump’s Mar-a-Lago home and the Biden administration’s efforts to bully Catholic schools into promoting radical sexual ideology seem very much connected.

Rod Dreher gets us most of the way there, in an essay titled “Trump & Our Late Roman Moment” (emphasis in original):

This is a polity, not a graduate seminar in Kantian ethics. He’s right, you know. Y’all know that I am not a Trump fan, but in this case, I can’t separate the raid on his house from the rest of the rottenness of our ruling class. I am reminded of something I’ve repeated in this space a lot since I heard it last summer in Budapest. I was talking in a taxi with a younger voter who told me she planned to vote for Viktor Orban’s party in the spring election. I asked her why, and she spoke at length about how fed up she was with what she believed was Orban’s tolerance for financial corruption among his supporters. So why do you stick with Orban? I asked. She talked about culture — specifically, about gender ideology that the European Union was trying to push onto Hungarians, but which Orban was fighting tooth and nail. She put it something like this (I paraphrase): “All corruption is bad, but not all corruption is equally bad. Financial corruption is normal. The moral evil of gender ideology is on a totally different level. If we accept that spiritual and moral corruption, we are finished.”

For radicals, the moral evil (and the power that they think will accrue to them when it has spread sufficiently) is the point.  Trump and his supporters are particularly loathsome to them not because they represent some sort of new norm-breaking trend (on any issue, one can find examples that radicals don’t care about norms).  Rather they are a strong (if perhaps too late) assertion of the public against the radicals.  They must, therefore, be proclaimed beyond the bounds of our public square.

Of course, that is another false boundary.  Progressives don’t believe in a public square in the sense of a neutral ground on which we can debate and interact to the greatest extent possible.  To them, there is only total victory.  The public square is where they gather to tell everybody else how they must live.  Like a religious cult, their imperative is to advance their ideology by any means available.  When they’re out of power, they’re happy to leverage Western pluralism to keep society from stamping them out, but once they’re in power, they put on their own stamping shoes.

And so, progressives actively pursue policies that will directly hurt disadvantaged (often minority) children, because their cult is more important to them:

Catholic school leaders need to be aware that their schools could be cut off from the federal government’s free and subsidized lunch program if their policies don’t comply with the Biden administration’s revised rules against LGBTQ discrimination, experts warn.

The broadened definition now also applies to the National School Lunch Program, a federally funded meal assistance program administered by the Department of Agriculture that provides subsidized or free lunches to more than 30 million public and private school students from low-income households.

According to the article, the courts are already involved and beginning to affirm that our religious freedom still exists.  Even if our totalitarian administration fails to get its way in this case, the attempt reinforces an important point directly in line with the norm-breaking raid of Mar-a-Lago:  That power, to progressives, means telling other people to whom they must kneel.

For myself, I still believe in pluralism, which means the best defense is the only defense:  being clear about reality, including the radicals’ machinations, and being strong in our principles, including a willingness to self-sacrifice.

Much longer ago than Rod Dreher’s visit in Budapest, I spent some time in Merida, Mexico. Twice I was stopped by a Euro-Mexican on the street who simply wanted to speak English. While only one pointed out that his ancestors had sent money and guns to Texas in1848, both commented on how sick they were of being governed by “Indians”. Of course, truth is the Spanish in Mexico were the invaders.