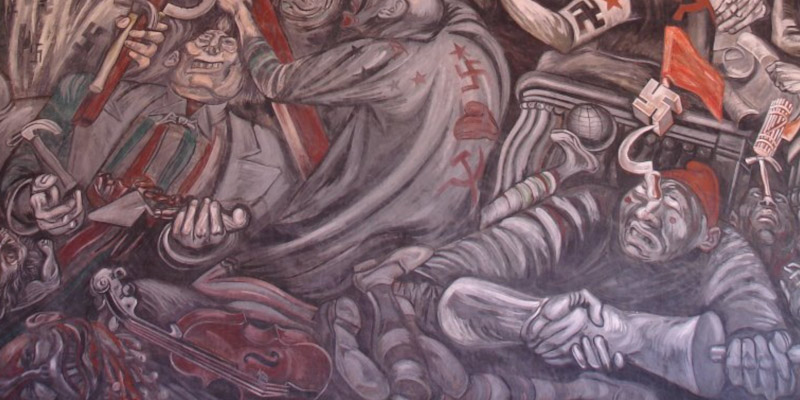 “Stamping Out Hate” is not the way to address bigotry, including anti-Semitism.

I should probably start by acknowledging my naivete.  Middle age had descended thoroughly before it even occurred to me that some of the strange responses I experienced from adults as a teen, particularly in sports, might have had something to do with physical abnormalities with which I was born.  In my defense, the peculiarity of my psychology was so manifest that it could easily hide irrational responses to my physiology behind its explanatory power.

Similarly, it wasn’t until I was fully embroiled in local politics that I started to pick up on the subtle origins of seemingly irrational insults and conspicuous curiosity about whether Jewishness follows the maternal or paternal line.  If the former, you see, my Jewish last name could be disengaged from that portion of my heritage.  By belief and conversion, I’m Catholic, so as long as my grandmother wasn’t the Jewish half of my grandparents’ marriage, antisemites could treat me normally on a technicality.  (Those issuing insults weren’t as concerned about precision.)

I provide these personal details as context for my response to Boston Globe reporter Edward Fitzpatrick’s interview with Adam Greenman of the Jewish Alliance of Greater Rhode Island, about the “‘alarming’ rise in antisemitism.”  Well-informed readers will probably suspect immediately that the impetus for the interview was commentary from the peculiar MAGA celebrity Kanye West and, if they share my general political stance, they will muse that similar statements from left-wing anti-Semites never seem to generate these ancillary materials.  Of course, being local, Greenman and Fitzpatrick localize it with reference to a handful of pro-Kanye flyers appearing in Warwick.  Here’s Greenman:

It tells us that white supremacists are feeling more emboldened in Rhode Island and more comfortable spreading their hate here. Earlier this year, we saw them demonstrating in Providence, and the leafleting in Warwick is the latest of several like-incidents in just the last few weeks. Their goal is to scare and intimidate, and we won’t let them. It’s critically important for the larger Rhode Island community to stand with us and send a message that this kind of hate is not welcome here.

Yeah… well… I’m not so sure a smattering of anonymous “flyers” is evidence that people are “comfortable” promoting a particular message.  More importantly, I differ from Greenman in that I want them to be more comfortable expressing their views, not less.  Contrary to Greenman, Fitzpatrick, Governor McKee, Providence Mayor Elorza, and others, including Rhode Island law enforcement officials, I don’t want people who believe such things to feel as if they risk criminal investigation if they are identified for their speech.

After my decades of apparent naivete, I’d much rather have people tell me what they think, so I can understand their behavior and explore the possibility of explaining to them why they’re wrong to feel as they do.  I don’t buy the implication (which is either insecurity, inverted bigotry, or cynical posturing) that freely expressed bigotry will inevitably win converts.  I believe in people and expect the opposite result.

Greenman worries that “social media has allowed [antisemitic] conspiracy theories to spread much further,” but I just can’t see how asserting the power to “stamp out” their speech (in contravention of an ostensible right guaranteed by the First Amendment) disproves, rather than reinforcing, such claims.

Of course, I don’t share Greenman’s financial interests.  According to tax filings, his organization takes in and spends around $7-8 million each year, and he takes home about $200,000 in compensation from the alliance and “related organizations.”

Contrary to the inevitable complaints of Greenman’s allies in the Antidefamation League that I’m leaning on some antisemitic trope about money, this is simply first-pass journalism of the sort that Fitzpatrick would surely conduct were Greenman a paid advocate for a different cause.  The key point is that he has an immediate financial interest in amplifying the concerns of his donors, as well as fostering the belief that the direct advocacy he provides can resolve their discomfort.

This applies across issues, whether they involve identity politics or social problems like homelessness.  The advocates have incentive to promote the idea that there is something for which to advocate.  Put differently, they have incentive to ensure that their chosen challenges are never actually resolved.  Mainstream journalists like Fitzpatrick are in on the game, however, so they’ll do what they can to ensure that their readers never notice this counterintuitive dynamic.