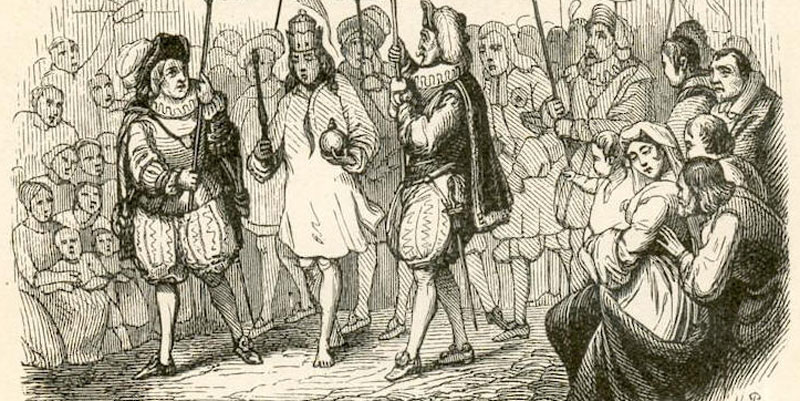 Are you represented in the Rhode Island House?

Although the core political story in Rhode Island is inevitably Democrat, this isn’t a partisan post.  The one detail I recall from Amity Shlaes’s book, Coolidge, that detracted from the 30th President’s story was an anecdote from when he was the Republican president of the Massachusetts Senate.  A lobbyist persuaded him to go one way on an upcoming question and, holding the vote by voice, Coolidge gave him a win even though reports suggest the shouts of the legislators were clearly in the other direction.

Whether Coolidge was right on the issue (or there was some corruption in the background that history did not capture) is beside the point.  The parliamentary leader of a legislative body isn’t meant to be a single decision-maker when it comes to its actions.

Thus, it’s a matter of grave concern that Rhode Island Speaker of the House Joseph Shekarchi seems to think he’s the king of his chamber.  Note the following statements from a recent interview with the Boston Globe’s Edward Fitzpatrick (emphasis added).  On early voting:

“I heard a little bit of pushback from some of the boards of canvassers that it was too long of an early voting period,” Shekarchi said. “They had to open a polling station at the city or town and man it for 20 days, and the first five, six days no one showed up. They came on the last part of that.”

Shekarchi said the House passed the measure late in last year’s session, so it will try to get the bill over to the Senate early in the 2023 session. But also, the Senate has a “constitutional concern” that the bill would take property from private land owners, he said.

“I personally don’t believe that it’s a taking, or I wouldn’t have passed the bill if I thought it was unconstitutional,” Shekarchi said. “But there are ways to resolve that issue.”

Agreement or disagreement with Shekarchi on the substance of the issues should be less important than the fact that he appears to believe that the decisions are his alone.

The fault is ours as Rhode Islanders for having been manipulated into a system that guarantees one-party rule, and more immediately, the fault lies with the legislators who tolerate their reduction to courtiers for the sake of keeping their seats.  Still, this is plain, deep corruption right there on the page for all to see, but few even notice that the king believes he’s wearing a garment of authority that is not there.