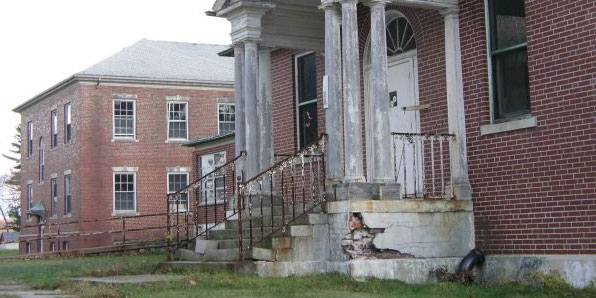 The nursing crisis is a great opportunity to rethink our state as an on-location set for zombie movies.

Rather than simply proclaiming doom and destruction at the hands of the unvaccinated, Patrick Anderson dug a bit more deeply into Rhode Island hospitals’ capacity issues for the Providence Journal:

Hospitals have lost thousands of employees since March 2020 — to retirement, to less-demanding professions and to lucrative contract health-care work in other states.

And yes, they’ve also lost employees who quit rather than accede to the demand they be vaccinated, although it appears to be a small percentage of the total staffing shortfall.

Lifespan, for instance is down 2,000 employees, from 17,000 in 2019.  Of that, 200 (or 10%) were lost because of the vaccine mandate, which I wouldn’t consider to be “a small percentage” in this context.  Still, the key point is that many more people are leaving for other reasons.  Among the biggest is a nationwide shortage of such workers and an ability for them to make more money elsewhere.

The disappointing thing is that the “solutions” section of Anderson’s article pulls up way too short.  There’s a little bit about easing the challenge for nurses elsewhere to work in Rhode Island, echoing what I wrote in this space a couple weeks ago, although Anderson doesn’t go into the recently passed minimum staffing requirement for nursing homes.

That points to the direction Rhode Island decision-makers really need to head.

What we’re seeing in healthcare is just an early indication of the crisis that could hit Rhode Island in just about any other industry.  It’s a leading indicator.

For a while, yet, the establishment will continue to be able to present each crisis as a distinct problem, but it’s all the same problem floating from industry to industry.  During a healthcare crisis, we’ll have nursing shortages.  Some other sort of crisis will reveal a construction-related crisis.  Sometimes, it won’t be a worker crisis, but a supply crisis or an investment crisis or an infrastructure crisis.

Gradually (or not so gradually), it will just seem as if nothing is working.

Nursing is a great place to start, though, because it’s so visible and so obviously important.  Rhode Island needs to start by pulling together a comprehensive collection of all regulations affecting nurses and hospitals.  Look at each one and ask if it is necessary.  Every time something looks as if it might be excessive and/or has insufficient justification, change it.  But don’t stop there:  look in other industries for something similar and eliminate it there, too.

Ultimately, this is a problem of the whole and requires a wholistic solution.  Attracting nurses to Rhode Island requires more than taxpayer-debt-funded bonuses and the easing of some regulations.  It requires an atmosphere of opportunity, great education, low cost of living, drivable roads, and so on.  The longer we take to recognize this, the harder it will be to turn around, even as more people suffer.

The featured image of this post is of “Burrillville/Zambarano Hospitals” and is part of a promotion from the RI Film & TV Office, advertising Rhode Island as a location for filming.  When the state government thinks the best use of a hospital building is as a filming location for zombie movies, we should all agree on the need for change.

RI’s Problem Isn’t COVID as an Illness, but as a Test Result. – Anchor Rising

[…] Enhanced precautions for people with no symptoms, a shortage of nurses (which, we’ve been told, was a pre-existing condition in RI), and supply chain problems having to do with economic […]

The hospital merger controversy is our second warning. – Anchor Rising

[…] merger may be sending us a signal about the way the Ocean State manages itself.  In December, I suggested that the nurse shortage was merely an early indicator of a deeper problem — a first warning.  […]