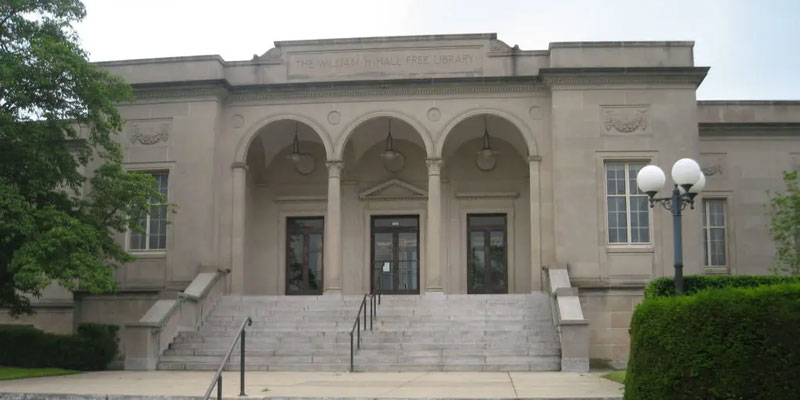 The links are profuse and not worth culling, but on social media, progressive fascists are agitating to disrupt and have cancelled an event the Independent Women’s Forum is presenting at the Cranston Public Library tonight.  The library released a statement that states the legal facts, but perhaps with a bit too much hesitance for the point to be clear:

The Cranston Public Library has a longstanding practice of allowing private groups to book and use library meeting spaces. According to the American Library Association, “publicly funded libraries are not obligated to provide meeting room space to the public. If libraries choose to do so, such spaces are considered designated public forums, and legal precedent holds that libraries may not exclude any group based on the subject matter to be discussed or the ideas for which the group advocates.”

To put a finer point on it, use of a public space is a civil right recognized under the United States Constitution.

What we’re seeing is an important reminder that woke progressives do not value civil rights.  If you disagree with them, you have no rights.  In short, they are the fascists we’ve been warned about.

Their claim of “tolerance” is vanishingly thin, because they insist that it does not apply when it comes to any matter on which they declare tolerance intolerable.  As they take a controlling hand in government, we can be absolutely sure that they will persecute, imprison, and destroy anybody who disagrees with them to prominently.

In 2018 the Tiverton Republican Town Committee planned a candidate forum at the library for Oct. 25th for the public and all candidates were invited. Elections are non-partisan. It was cancelled by the library director who was directed by the Administrator on the advice of the solicitor, that it violated the Charter,Sec 1218 which was bogus. Libraries exist under the First Amendment, free speech and a violation of civil rights.