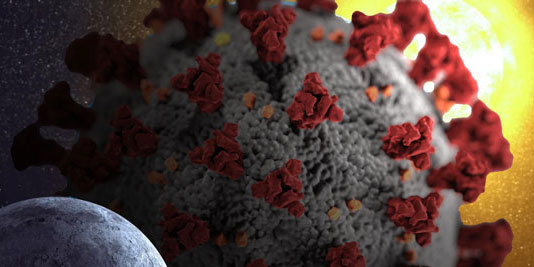 Getting the Vaccine to Be a Revolutionary

A Year of Reason for Suspicion

From the very beginning of the COVID-19 epidemic, it has felt as if we’re not being told something.  After the initial scare, it quickly became clear that the disease was not the deadly killer of pandemic-movie lore, that it was mainly a danger to the elderly and vulnerable, with children only mildly at risk, and that the scary predictive models were very wrong.  Yet, having declared emergencies to grant government enhanced powers in contravention of our constitutional rights, authorities were loath to moderate their prescriptions.

Now that the immediate push is for vaccination, that same do-not-ask-questions imperative has been applied to advocacy for that action.  As Tucker Carlson recently pointed out on his Fox News television show, this vaccine — like every medicine or measure we take for our health — is a matter of risks and tradeoffs.  Something is profoundly off about a public health bureaucracy and a leadership class that can’t stop giving the impression they’re trying to sneak something by us.

Those of us who are skeptical, however, have to keep in mind that being told to do something is not conclusive evidence that you should not do it.  If you’re open to the possibility that there’s a nationwide conspiracy (which I confess is not a closed door for me), you still have to recognize the challenge of understanding what that conspiracy is all about.

An imaginative person could propose a great variety of plausible narratives if his or her suspicion is high enough.  Maybe the Democrats and mainstream media’s scheme was to keep the pandemic going through the election so they could steal it, and now they’re pushing unnecessary vaccines so they can exit from the scheme quickly, looking like saviors.  Or maybe they have information about the virus that they don’t want us to know — that it was an engineered bioweapon with effects that haven’t been visible to the public — and we’re picking up on the fact that they have fears that they don’t want to explain.  Or maybe the vaccine really is a get-rich-and-gain-mind-control tool.

The point is that the elite authorities are acting weird, they’re riling up snitch mobs and demanding compliance without the patience to offer sufficient explanation, and we don’t know why.  But if you’re going to go so far as to credit a vaccine conspiracy, you can’t discredit equally plausible (or implausible) theories out of hand, like the possibility that they’re actually trying to save us from something more dangerous than we know.

Of course, the reality could be some mix of all of the above, but in the end, we’re only deciding which risky vial to drink.

What the Vaccines Do

This state of affairs is making the decision about whether to vaccinate a difficult one, especially now that we’re having to make it for our children.  Some of the smartest people to whom I’ve looked for information and analysis for years are entirely onboard with the vaccine, as if it’s obvious.  On the other hand, people I’ve long found to have striking insights that cut through a narrative fog are proclaiming danger.  When these two groups are aligned, it’s a good sign that we’ve got an eye on something real in the world, but what do we do when they differ?

Have the smart folks been snookered by a conspiracy of the experts, or are the insightful folks experiencing misfires of their spider senses because of the incredibly skewed way in which the elites have been handling the pandemic?  (This brings to mind the way progressive government makes people vulnerable to fake news.)

For reasons I’d have preferred to have avoided, I’ve become familiar with some of the most cutting-edge medicine on the market in the past five years.  These treatments are moving closer and closer to counting as true gene therapy, toward the point of correcting defective RNA so that cells function normally.  The medicine pervades the body, enters cells, and changes them on an ongoing basis.

The COVID vaccines are not that.

Rather, mRNA (messenger RNA) from the vaccine enters cells and causes them to produce the spikes that characterize coronaviruses — sort of like a COVID costume.  The body’s protective mechanisms then learn to identify that characteristic and fight back against it, so that they’ll already know how to do it when they encounter a coronavirus that has actual virus, not just the corona.  The mRNA does not linger, and the cells that put on the costumes do not then go on and keep replicating in a new way.

Thus, the mechanism for developing immunity is the same as with regular vaccines.  It is not changing your DNA.

So what of Tucker’s concerns about people dying after getting the vaccine?  First of all, his complaints about the massive pressure being put on people, stigmatizing those who have questions and lingering doubts, are completely correct.  There’s a social sickness in our society that we have to address.  The death numbers, though, require some context.

Most especially, we have to recognize that this immunization drive is very different from the vaccination efforts we’re used to.  In a typical year, most vaccines are given to the young and healthy, but these vaccines are being given to everybody, with a special emphasis on those who are at risk.  Similarly, vaccines are typically given in the course of regular life, when people might postpone a regular doctor’s visit if something else is up, whereas this is being expedited.  Maybe it shouldn’t be surprising that COVID vaccines are producing more adverse reactions than we’re used to seeing.

We also have to remember that the numbers don’t separate deaths by cause.  Reviewing data from the Vaccine Adverse Event Reporting System (VAERS), one sees deaths from drug overdoses that get counted along with deaths that are more plausibly from the vaccines themselves.  One sees people who tested positive for COVID before dying, with which they may have been infected before the vaccine.  One of the four tragic deaths listed for vaccine-recipients under 18 years of age was a suicide.

VAERS was last updated on May 7, when 3,501 people had died after receiving at least one dose of a COVID vaccine.  Taking into account the reduced rate of vaccination, it is probable that the number is now around 3,540, which is the number (broken down by age group in my data) that I’ll use for what follows so the time periods line up.

Importantly, these deaths are not evenly distributed by age, with 2,721 aged 65 or older.  That’s out of 43 million vaccinated seniors.  There’s a sharp drop-off, too.  Between ages 50 and 64, 39 million people have received at least one shot, but only 512 have died.

The Risks of Virus, Vaccine, and Social Exclusion

Of course, as more people are vaccinated, any given person is less likely to catch COVID, so the risk of dying from the virus is going down, while the risk of the vaccine remains the same whenever you get it.  On the other hand, if we, as a society, generally avoid vaccinating the young, there’s a chance a variant that affects them more will come on the scene and swing the risk calculation the other way dramatically.

And then there’s the inconvenience to factor in.  Yes, it is wrong for the authorities to be imposing their preferences in the way they are doing and bully us into medical decisions.  Yes, it will be objectionable when airlines, concert venues, colleges, stores, and family members take actions that restrict people who have not been vaccinated, but they are almost certain to do so.

Indeed, the past year has shown how disadvantaged outsiders really are during times of lockdown and restriction, and hobbling ourselves comes with its own sort of risk.  Given the low risk of the vaccines, therefore, it may be best for us to sweep that factor off the table so that we can more forcibly push back on continued unconstitutional emergency provisions and the takeover of our government.

* I should mention something that I noticed after writing this post.  By virtue of the way I compiled data, I used the group aged 6-17 for the vaccine-reaction numbers cited above.  Returning to the tool later, I noticed that four additional deaths are listed for children below that age, although they aren’t eligible for the vaccine.  I have not revised the post because these records look unreliable to me.  One has a one year hold dying by suicide with a shotgun (the age of 1.08 perhaps was meant to be 18).  One is for a breast-feeding infant after the mother was vaccinated.  One seems like it was submitted by a distraught relative saying a two-year-old had somehow received the second dose, leaving no contact.  The last is for a one-year-old who somehow received a dose.  These details are worth keeping in mind, and for medical research perhaps to investigate, but in an already-messy dataset, it’s reasonable to leave them out of the officially vaccinated population.

[…] has to fear from the vaccine, and in my view, that calculation is favorable.  On average, COVID appears to be much deadlier.  And then there’s the unfortunate reality that we’re living under an […]

Apparently, the vaccine isn’t a waste if you’ve had COVID. – Anchor Rising

[…] hold the promise (at least) of improving our health in ways well beyond COVID-19.  I’ve long been pointing out that the vaccine is much safer than the disease, itself, for every group of people.  If it (or […]

It’s time to check in on vaccine willingness. – Anchor Rising

[…] I became a vaccine supporter in the spring, my reasoning involved a balance of risks and of tradeoffs.  Over several posts I won’t dig out of the […]

It’s time to check in on our willingness to comply. – Anchor Rising

[…] I became a vaccine supporter in the spring, my reasoning involved a balance of risks and of tradeoffs.  Over several posts I won’t dig out of the […]

[…] was perfectly comfortable receiving the Pfizer vaccine against COVID.  I investigated how they work and reviewed the numbers, and decided it made sense.  Since I wrote that post in May, however, public health authorities […]