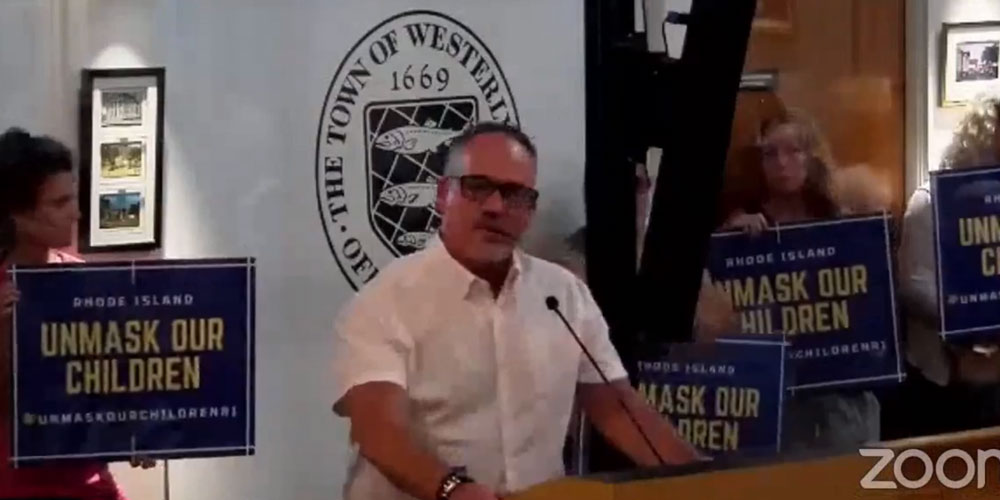 The Westerly, Rhode Island, School Committee refused to pass a resolution prohibiting the teaching of certain “divisive concepts” to students. Although the term “critical race theory (CRT)” is not mentioned in the resolution, advocates on both sides clearly associated the resolution with that hot-button topic of public rancor.

The resolution is similar in spirit to legislation across the country and an executive order by Republican President Donald Trump that Democrat President Joseph Biden withdrew on his first day.  As has been the case with articles concerning legislation at the state General Assembly and elsewhere, news reports about the debate tend not to provide examples of what, exactly, would be banned under such resolutions. That may, perhaps, be because the ban isn’t — as opponents insist — against the teaching of history or that racism does and has existed, but rather against the teaching of racism. Here is the operative text:

Westerly Public Schools hereby prohibits the teaching of divisive concepts to any of its students, teachers, or other staff, employed in any of its schools or offices, including the following:

According to Robert Chiaradio, the Westerly resident who produced the resolution and submitted it to the school committee, this isn’t model legislation provided to him by an activist organization. Rather, he started with the text of a bill that Republican state representative Patricia Morgan submitted this session of the General Assembly. Morgan says she crafted her legislation, which banned such “divisive concepts” for projects benefiting from state contracts or grants, based on various examples in other states, especially New Hampshire.

In Westerly, the school committee rejected the resolution unanimously, despite earlier expressions of support. Even Chiaradio’s sister, Chairwoman Diane Chiaradio Bowdy, voted against the resolution. Her brother attributes the result to coordinated activism by the school department, the local teachers union, and the Westerly Anti-Racism Coalition.

Speaking against the resolution, Westerly Teachers Association President Colleen Saila echoed state and national union talking points claiming that her union’s members “objectively present to students the good, the bad, and the ugly of our past.” National progressive organizations have produced talking-point guides for use in venues like the Westerly school committee meeting.

Morgan tells Anchor Rising that this has become a common strategy. During the hearing for her bill, she says, activists dominated the microphone with testimony that obscured the reality of her legislation. She highlights the fact that teachers in Barrington were found to have pressured students to testify against her bill, even offering extra credit.

By creating incentives for activism, providing manufactured materials, and ignoring the substance of legislation like that proposed by Chiaradio and Morgan, progressive advocates are providing cover for radicals to transform the teaching of civics and history into indoctrination into a divisive ideology that is tearing communities apart.

Featured image of Robert Chiaradio testifying in support of the resolution.

CRT places all people of color in to a grouping needing exclusive protections and accomodations to succeed – a gross insult to the millions who have achieved economic, social, political success on an equal playing field.
It would have those of caucasian birth seek self-depracation and guilt for cruelties and prejudices prior to their coming in to the world.
It would further erode a public school curriculum already dumbed down by Common Core and Standardized Testing by focusing History and Literature outside the bounds that unite us as Americans.